Cancel
A loyal servant Muthu works for Zamindar Malayasimman, as they both end up falling in love with the same woman which destroys their friendship.
See Storyline (May Contain Spoilers)

According to the promise tendered to the Zamindar, the son of the Zamindar's sister-in-law - Ejama becomes a Zamindar(Sarath Babu) and Muthu works as his servant. A huge fan of drama, Ejama regularly takes Muthu along with him wherever he goes. One day Ejama falls in love with a drama actress Ranganayaki (Meena). But Ranganayaki's heart lies with Muthu. Raenganayaki shows love and passion to Muthu. Amidst all this, Ejama's Uncle (Radha Ravi), tries to capture all the property by killing Ejama.

In the mean time the Zamindar who was in Himalayas returns back to see his sister (resembling a Begger Sage), who saves the Ejama and once for all everything about Muthu is revealed to everyone and he marries Ranganayaki, while Ejama marries his uncle's daughter who was madly in love with him. The film ends by showing Muthu refusing to be Zamindar and chooses to be a worker pointing "Oruvan oruvan Muthalali" which means God is the real master and we all are his servants.

Tagline: Nobody knows when and how I will come. But I will be right on time at the right time.

Based on 2 ratings
0 user 0 critic
Did you know? "Omanathinkal Kidavo" portion of "Kuluvalilae" is written and tuned by the famous Malayalam poet Irayimman Thampi. Read More
0 User Reviews
No reviews available. Click here to add a review.
Cast

The video for the hit song "Thillana Thillana" became famous for the belly dance of Meena featuring a lot of closeup shots of her navel.

The soundtrack of this movie was selected as the most popular foreign soundtrack in Japan.

The film was a blockbuster and completed a 175-day run at the box office. It was dubbed into Telugu under the same title. It was also dubbed in Hindi as "Muthu Maharaja" and was distributed by Eros Labs.

The film is characterised by location shots in Kerala and was shot in numerous palaces. The Zamindar's palace in which the movie was shot is the Lalitha Mahal Palace in Mysore.

In 1998, the film was dubbed in Japanese, by the distributor Xanadoux, as "Muthu Odoru Maharaja" (ムトゥ 踊るマハラジャ) which means "Muthu" - "The Dancing Maharaja" which had completed a 182-day run grossing ¥200 million at the box office. Indian Prime Minister Manmohan Singh made a special note about the reach of this film among the Japanese in his speech at the National Diet of Japan on 14 December 2006.

It is the partial remake of the Malayalam film "Thenmavin Kombath" (1994).

This movie became a hit in Japan in 1998, increasing the fan following actor Rajinikanth around the world, and causing a frenzy in the Tamil industry as this was hitherto unheard of.

Celebrating the 20th year anniversary release of 'Muthu: Odoru Maharaja' in Japan, the movie is getting re-released and having it's world premier on November 23rd , 2018. The movie has been digitally restored and enhanced to 4K and 5.1 Surround with the original aspects of the movie being retained.
Buzz
Rajinikanth's Muthu set for re-release in Japan on Nov 23
20 Nov 2018, by Only Kollywood Source 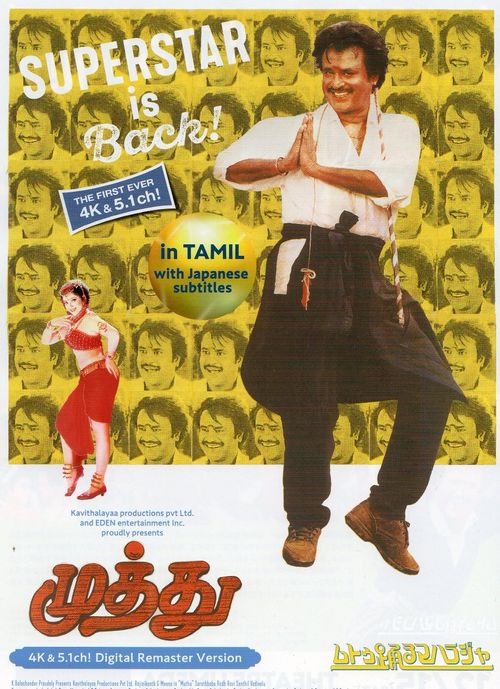 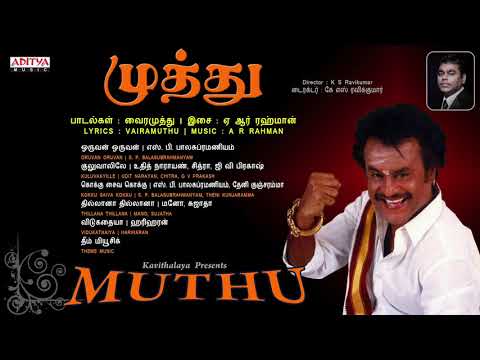