Cancel
The film's story is about a carefree young atheist, Baba, who is a reincarnation of a saint from the Himalayas. After several twists and problems caused by corrupt local politicians, Baba is taken to Mahavatar Babaji, whom Baba was a follower of in his last life. Baba gets tested by the deity and is given seven chances of wishes; the test is that if he uses any one of the wishes for his own personal desires, he would have to take many more births for him to get rid of the Karma.
See Storyline (May Contain Spoilers)

The film opens with the birth of Baba (Rajinikanth), who is a 'baba amsa sambhootudu'. Baba grows up as an atheist, hot-blooded guy and a Good Samaritan. His life style includes consuming alcohol, smoking beedi, chewing paan parag, His mother (Sujatha) and his maternal uncle (MN Nambiar) are ardent devotees of Mahavatar Babaji (the Baba who is supposed to be of 2000 years old and who live in Himalayas). Chamundeswari (Manisha Koirala) stays in the neighborhood of Baba and they fall in love.

Baba involves in a physical feud with the son of a state minister Ippo Ramaswamy (Ashish Vidyarthi). Ramaswamy demolishes the colony of Baba. When Baba is about to go to fight with Ramaswamy, Baba's mother urges him to maintain calm and rebuild lost colony it by working hard. Baba joins as a labor in a shop and earns money. Chamundeswari tells Baba that she is not willing to marry a daily labor. Then Baba realizes that so far he has been only answerable for his mother. And if he gets married then he has to live for wife and kids. And he would become answerable to them. He would not be able to help for the society as he might become selfish after marriage. He feels that prema (love) is maya (illusion). At that time, a weird looking sadhu comes to him and tell him that its time for getting enlightened. Baba is taken to Himalayas where he meets the real Baba. He gets frightened by the atmosphere and wishes to return to Chennai. Then real Baba grants 7 wishes to Baba. He can use any of these wishes anytime he wishes to utilize. Baba is sent back to Chennai. Baba still could not believe that he went to Himalayas met real Baba. He uses that mantra to test the power by wishing a flying kite to come and fall in his hand. He waits for a few seconds and decide that it was all his illusion. Later the kite follows him to his house and falls on his hand. He feels that its coincidental and tries the mantra again to a different kite and wishes it to fall on his lap. He goes into his house and closes all the possible entries in the house. But the kite makes its way and falls on his lap. His 3rd wish is to make a popular woman, Neelambari, ask him what the time is. His 4th wish is to get lakhs of money. He makes his 5th wish (to develop his locality's infrastructure) to test his uncle's words. It is only after this wish comes true that he realizes the existence of God. In the meantime, minister Ramaswamy comes to know about it. He and another corrupt politician call a Tantrik (Amrish Puri) to foil Baba's magical powers.

The sixth wish is used to revive a patient fighting for his life. Purushottaman, Ramaswamy's boss and the current Chief Minister of Tamil Nadu, wants to become the permanent chief minister of the state using Baba's boons. He also tries to kill Baba but this attempt fails due to the blessings of Babaji. The final wish is then used to install an unselfish chief minister for the state. Once his wishes are used up, Baba has the choice of living with Babaji at the Himalayas or returning to his life in the material world. But when Baba is just about to ascend to the Himalayas, the villains kill the loyal chief minister. Baba turns back and the film ends with the tag "To be continued...." .

Based on 4 ratings
0 user 0 critic

Based on 5 ratings
0 user 0 critic
Did you know? Soundarya Rajinikanth was a title animation designer for the film. Read More
0 User Reviews
No reviews available. Click here to add a review.
Cast

The movie was highly anticipated as it was Rajini's first shot at writing a story and screenplay. Thousands of his fans were deeply touched and moved by a scene in which he works as a load man.

A intra-state political party in Tamil Nadu made severe anti propaganda against the movie for having too many smoking and drinking scenes. 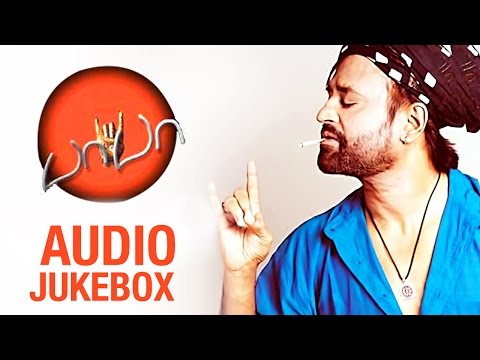