Cancel
An unemployed Manoj (alias Manu) is told by his mother that they need some money for his sister's forthcoming marriage, and he sets out to find some. For this purpose, he visits his former Calcutta-based girlfriend, Neerj alias Neeru, whom he was to marry, but who preferred to marry someone wealthier, in Calcutta. He rings the doorbell, and the door is answered by Neerja herself, and he is invited inside. They talk and update each other on their lives. Neerja puts on Manoj's raincoat, so she could go out and buy something to cook for him. She warns him not to open the door nor let anyone in. After Neerja leaves a man knocks on the door, and requests entry into the house to use the toilet. Manoj opens the door and lets the male use the facilities. When this male finishes his business, he refuses to leave, and sits and talks with Manoj. It is during this conversation that Manoj finds out the stark truth behind Neerja, her husband, and their married life.
See Storyline (May Contain Spoilers)

The story begins with unemployed Manu (Ajay Devgan), from Bhagalpur in search of money to finance his new business as he has lost his earlier job at a jute mill. On his quest, he visits Neeru (Aishwarya Rai) in Calcutta, to whom he was engaged six years ago. During the rainy evening, the couple reminisce about their former love and how each ended up in their current situation.

Neeru pretends to lead a happy and prosperous life. She gestures to her former lover during various instances, particularly when the door bell rings and she persuades Manu not to open the door. They go on talking about their past and present with multiple flashbacks.

The raincoat comes to play when Neeru wears it to go out and fetch some food. The landlord (Annu Kapoor) speaks of the real situation of the household, and prompts Manu to give his borrowed money as rent for the house. Manu leaves a letter under the bed sheet explaining things. When Neeru returns he does not say anything about his encounter with her landlord. After some time Manu leaves. Later, when he puts his hand inside the pocket of his raincoat, he finds a pair of gold bangles that belonged to Neeru, along with a letter saying that she had a lot of money and he should have told her about his financial situation. She had actually read a letter that was inside the raincoat that informed her about Manu's condition.

Tagline: One afternoon can prove to be greater than a lifetime 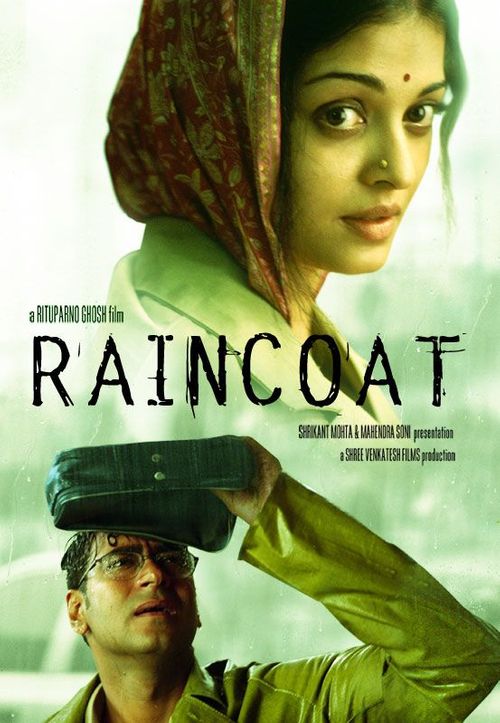