Cancel
Journalist Roma Singh is the daughter of a jailer. While taking a tour of the jail, she is molested by some of the inmates, and an inmate, Vishal Agnihotri comes to her assistance. She finds out that Vishal is in for four homicides, and decides to investigate further. She finds out, with the help of the owner of her publications, Jindal that Vishal was compelled to take the law in his own hands when the courts failed to punish the assailants of his sister and sweetheart. Soon, Vishal is released from prison, and begins to work for Jindal. It is then that he realizes that he has just walked from a walled prison, to an open prison, as the truth behind his release slowly but surely starts to dawn on him.
See Storyline (May Contain Spoilers)

Vishal Agnihotri (Sunil Shetty), a convict, is imprisoned for the murder of a group of four criminals who had brutally raped and killed his sister-in-law. Vishal tries to get justice in court but is unsuccessful and the men are let out free with the help of a corrupt lawyer. They then visit Vishal's home for trying to file a case on them, and try to rape Vishal's wife Priya (Poonam Jhawer), but she kills herself with a knife. Angered at all this Vishal decides to take the matter into his own hands and murders the four criminals himself. He is sentenced to life in prison for the crimes.

Journalist Roma Singh (Raveena Tandon) visits the jail for a report she's writing, where a few of the convicts grab hold of her and try to rape her. This incident reminds Vishal his misfortune. Vishal intervenes and saves Roma. Roma hears Vishal's story and decides to help free him. Her voice is heard out by a blind businessman - Mr Jindal (Naseeruddin Shah)who tries to recruit Vishal as a hitman. He wants Vishal to kill some anti-social elements in the city, mainly the two powerful drug lords Jibran (Raza Murad) and Tyson (Gulshan Grover) and all the people who work for them. He tells Vishal, that these people are responsible for creating people like the group of four men he killed in the first place, by bringing drugs to the streets and corrupting the locals. Vishal refuses at first as he has just got out of prison, and now wants to live a normal life. However, the memories of his murdered family comes back to haunt him as he spends a day alone in his home, and he agrees to work for Jindal the next day.

Police Inspector Amar Saxena (Akshay Kumar) is unhappy about the release of Vishal who he believes deserves to be in prison because of the murders he committed. Things complicate even more when Amar finds Vishal around almost every murder scene of criminals involved drug-trading, who Amar is trying to catch alive. Vishal goes on a murder spree, until he realizes that even the Commissioner (Sadashiv Amrapurkar) thinks that the unknown murderer is doing more help to the society than police could ever do. Vishal refuses to kill the Commissioner, but Jindal becomes angry. Vishal attacks Jindal with a paper-weight, but Jindal dodges it. Vishal then realizes that Jindal is not blind.

Jindal tells Vishal that Jibran and Tyson were his rivals. He also tells that he murdered his wife Pooja (Priya Tendulkar) & Inspector Karan Saxena (who happens to be Amar's father), to cover up the truth. He pretended to be blind to throw the police off his trail. Jindal, who has now partnered with Jibran, leaves Vishal to die. Vishal succeeds in saving himself, only to be confronted by Amar. Vishal subdues Amar & tells him the truth. Meanwhile, Jindal has kidnapped Roma in order to forcefully marry her. Amar & Vishal find out Jindal's den & corner him.

After a melee, Jibran is killed. Jindal tries to kill Amar, but Vishal takes the bullet on himself. Vishal dies in Amar's lap, upon which Amar kills Jindal and avenges the death of Vishal & his father.

Based on 0 rating
0 user 0 critic
Did you know? The movie's background score is largely an exact copy of the background score of Terminator 2: Judgement Day (1991). Read More
0 User Reviews
No reviews available. Click here to add a review.
Cast

Anil Nagrath
as The Judge

Shabbir Boxwala came up with the film's plot while he was in Sunil Shetty's gymnasium with Gulshan Rai.

Raveena Tandon was exhausted from shooting two movies at a time and passed out while shooting the song "Tu Cheez Badi Hai Mast Mast". Filming had to be put on hold for a couple of hours. 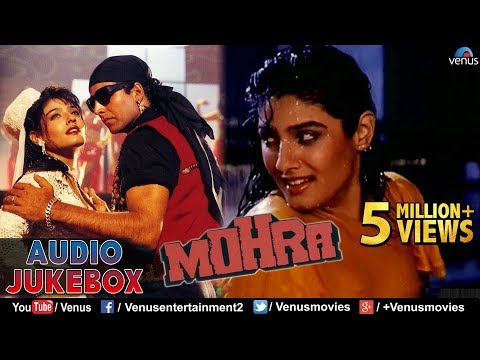