Cancel
This is an offbeat and experimental movie, that is an ode to Kerala and her people, has seen through the work of 10 filmmakers, traversing through 10 journeys, in one cinema. 'Kerala Cafe' is the quintessential railway cafeteria in every town and city. Over cups of coffee and timetables travelers cross paths, exchange glances, share stories and much more. From here, emerge stories full of humour, surprise, sensitivity, wonder, curiosity and revelations. Tales that illuminate the different faces of Kerala.
See Storyline (May Contain Spoilers)

This movie compiles 10 tales that explore and illumine with deep insight and sensitivity, various aspects of human life, thought, feelings and experience.

Nostalgia (First segment)
Nostalgia that is loosely based on Venugopal's poem Naatuvazhikal is the first film that unfolds. Johnykutty (Dileep) is a millionaire based in the Middle East, who dreams of being back to Kerala some day. On a vacation back to India though, he despises the government and the potholes on the road, the bureaucracy and the people. Having signed a deal to sell off his ancestral mansion, and cheating his old friend (Sudheesh), he flies back to Dubai, to commence his nostalgic laments all over again.

Island Express (Second segment)
The hero (Prithviraj) zooms down and starts whispering to us about Jesus, Frankenstein and Mangalassery Neelakantan, the idol trio who have had a say in his life. With his 'editor-publisher bitch'(Kani) hanging around his arms, the writer that he is, speeds off to Kerala, promising her that he would get traditional attire to cover her up when they reach there. An aged woman (Sukumari) waits around for her bus to arrive in some bus station, while an army officer (Jayasurya) sitting nearby dozes off, his head resting gently on her shoulders. A dishevelled looking man in his fifties (Maniyanpilla Raju), brushes aside the advances of a teenage girl in a shabby looking lodge, as he gets all ready to go somewhere. Island Express splendidly bonds together these diverse characters and more in a dramatic climax.

Lalitham Hiranmayam (Third segment)
Ramesh (Suresh Gopi) is caught between his wife Lalitha (Jyothirmayi) and mistress Mayi (Dhanya Mary Varghese) and has to take the big decision now. The turmoil that goes on inside the man's mind is slickly edited and trendily depicted on screen. Ramesh discloses his affair with Mayi to Lalitha before his accidental death, and Lalitha accepts Mayi and her child as part of her life.

Mrityunjayam (Fourth segment)
Mrityunjayam has a journalist (Fahadh Faasil) doing an investigative story on a spooky old 'Mana' (ancestral Kerala house) that in its owner's (Thilakan) own words is a 'very different and peculiar place'. He falls in love with a girl,owner's grand daughter (Rima Kallingal) who greets him at the door there, and pops the question if he could marry her. She's taken aback but all the more impressed by his candidness. He then proceeds to the "Mana" to unveil the mystery despite its owners cautionary warning. In the end the journalist also succumbs to the mystery of the "Mana", and is found dead inside, the next morning.

Happy Journey (Fifth segment)
A middle aged man (Jagathy Sreekumar) delights himself with a bit of flirting with a young girl (Nithya Menen) who sits beside him on a bus from Ernakulam to Kozhikode. Edging his way into the girl's seat and engaging in worthless conversation, he is all optimistic about the night that lies ahead. The girl on the other hand is visibly uncomfortable, and all on a sudden composedly takes on a different garb that stuns the man. Against all odds, she would keep her head above the water, and a calmness descends on her that is at once creepy and confident. A psychological combat between the two ensues that concludes in an impressive climax.

Aviramam (Sixth segment)
Aviramam talks of life that would go on, even as one strives to put an end to it all. Devi (Shwetha Menon) wakes up to find her doting husband Ravi (Siddique) beside her with a cup of tea. Gulping down the tea, she talks of 'how horrible a kisser' he was. There is talk of the recession eating into the IT sector and Ravi's business in particular before they get ready to leave for the railway station with their kids. Having seen off his family on a short vacation of three days, Ravi heads back home and gets a noose ready to finally call it a day. But the true love of Devi prevents any mishaps and they decide to take on life as it comes.

Off Season (Seventh segment)
Kunjappai (Suraj Venjarammood) gets all pepped up as he comes across a foreigner couple on an almost empty Kovalam beach.His hopes of earning some quick money are dashed when he learns that they have traveled all the way from Lisbon looking for work.

Bridge (Eighth segment)
Bridge illustrates the very obvious symbols of loss, misery and desolation. The film talks about two parallel tracks, the first one involving a young boy and his pet kitten. The other story has a son (Salim Kumar), who lives in poor surroundings, deciding to leave his ailing mother (Kozhikkode Shantha Devi) in the street.

Makal (Ninth segment)
Makal is about the flesh trade which is happening under the guise of adoption. Sona Nair and Sreenath have done the main roles.

Puram Kazhchakal (Tenth segment)
Puram Kazhchakal portrays a nameless man (Mammootty) aboard a bus trudging along a hill terrain. His anger and impatience at the slow moving vehicle is being amusedly watched by a fellow passenger (Sreenivasan) who gulps down his own memories.

Suraj Venjaramoodu
as segment "Off Season"

NB Vindhyan
as segment "Off Season" 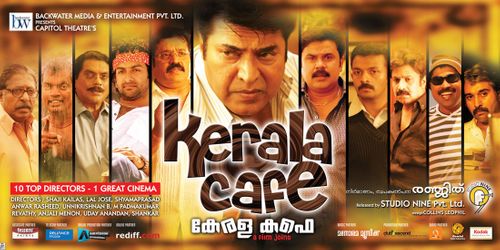 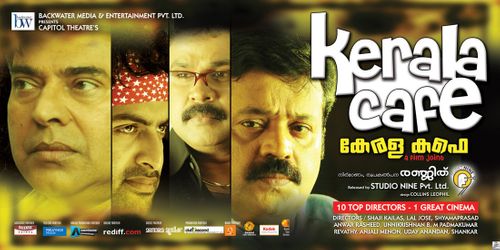 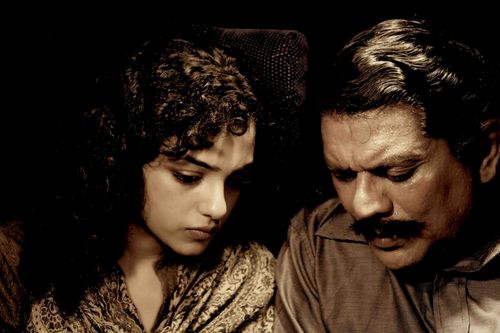 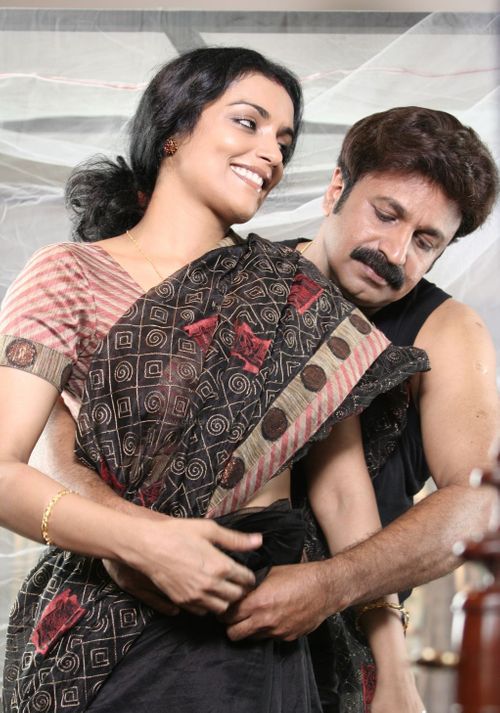 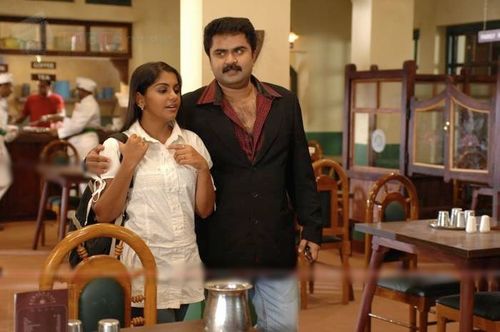