Cancel
A waitress adds a special ingredient to an arrogant loan shark's meal in one of several tales dealing with extremes of human behavior.
See Storyline (May Contain Spoilers)

The film is divided into six segments. (1) "Pasternak": While being on a plane, a model and a music critic realise they have a common acquaintance called Pasternak. Soon they discover that every passenger and crew member on board know Pasternak. Is this coincidence? (2) "The Rats": A waitress recognizes her client - it's the loan shark who caused a tragedy in her family. The cook suggests mixing rat poison with his food, but the waitress refuses. The stubborn cook, however, decides to proceed with her plan. (3) "The Strongest": Two drivers on a lone highway have an argument with tragic consequences. (4) "Little Bomb": A demolition engineer has his car towed by a truck for parking in a wrong place and he has an argument with the employee of the towing company. This event destroys his private and professional life, and he plots revenge against the corrupt towing company and the city hall. (5) "The Proposal": A reckless son of a wealthy family has an overnight hit-and-run accident, in ...

Tagline: We can all lose control

Based on 0 rating
0 user 0 critic
Did you know? This is the seventh film from Argentina to be nominated for an Academy Award for Best Foreign Language Film, and the third in a row with Ricardo Darín as a leading star (after "El hijo de la novia" and "El secreto de sus ojos"). Read More
0 User Reviews
No reviews available. Click here to add a review.
Cast

Visual Effects Artist
Antonio Lado
Digital Compositor
Sonsoles Aranguren
Technical Details
Film Type:
Feature
Language:
Spanish
Colour Info:
Color
Frame Rate:
24 fps
Aspect Ratio:
2.35:1
Stereoscopy:
No
Fun Stuff
Taglines:
We can all lose control
Goofs:
Continuity
Mario's pant is wet and soaked from the result of getting out of the river, later when he chases Diego from the back of the Audi, his pant is all dried up.

Factual Mistake
When Diego crashes his car, the airbags deploy, and stay inflated. In an actual crash, they'd deploy instantly and then deflate.

Factual Mistake
When the bride calls her husband's "guitar teacher", she is wearing gloves. The touchscreen of cell phones doesn't work that way.

Factual Mistake
In the segment "El más fuerte" the driver has a armored car. A simple jack could not jack up this type of car.

Miscellaneous
Where "Bombita" parks the car (Parera 25), is allowed to park there, but that's not the same place the tow truck takes the car (Juncal 1311) - Both places are 2 blocks from each other- ("Bombita" segment)

Miscellaneous
In the place where Bombita's car was parked (Juncal 1311) there is a sign prohibited parking and Tow Away, which in the film is deliberately hidden by the awning. ("Bombita" segment)

Miscellaneous
In the segment "Road to Hell", Audi A4 plates, UIA719 not correspond to the year of the car.
Trivia:
During the credits at the beginning, each main actor of each tale is identified with a wild animal. In the director's case, it is a fox. Szifrón said that this was because his father had liked foxes a lot, and had used to watch lots of documentaries about them. He also felt identified with that picture, more specifically with the fox's gaze, as the job of a director is in the gaze.

Official submission of Argentina to the best foreign language film category of the 87th Academy Awards 2015.

The film's original screenplay is 84 pages long and some of the six tales are featured in different order. It also includes a seventh tale, pretty much shorter than the other ones, called Bonus Track.

Damián Szifrón, the writer and director of the film, wrote most of the tales in his bathtub. He actually said: " The bath is a great place". He even lit some candles and poured himself a drink.

Selected by Time as one of the best films of 2014.

In the sequence where "Bombita" prepares the attack, the background music is the one that was used in the program "La salud de nuestos hijos" ("The health of our children") Hosted by Dr. Mario Socolinsky. The song is called "Aire Libre" performed by Lucien Belmond / Composed by: Deutscher Drafi - Beyer Guenter -1973-

In the story "Pasternak", when the model first mentions the name Gabriel Pasternak, this character is actually seen coming through the curtain in the back of the plane, carrying the coffee. He walks past the model and the music critic during the scene, and then enters the cockpit. His character was fully revealed later in the scene by the flight attendant.

In the story "Pasternak", the passenger who is sleeping in the same row as the music critic never wakes up during the entire flight.

The site of the bridge, in which the tale "The Strongest" was filmed, is actually the 60th kilometer on the route between Cafayate and Salta, as the character in the tale mentions. This place has become a kind of a tourist attraction nowadays, as can be seen in Google Street View at coordinates (-25.730669,-65.6967926).

This is the seventh film from Argentina to be nominated for an Academy Award for Best Foreign Language Film, and the third in a row with Ricardo Darín as a leading star (after "El hijo de la novia" and "El secreto de sus ojos"). 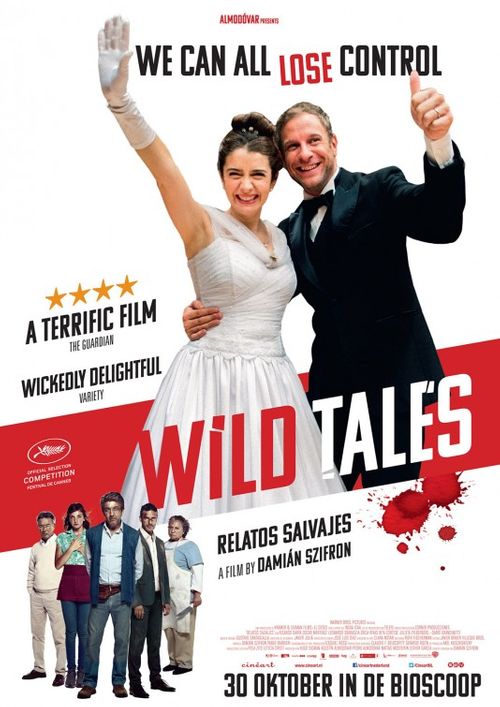 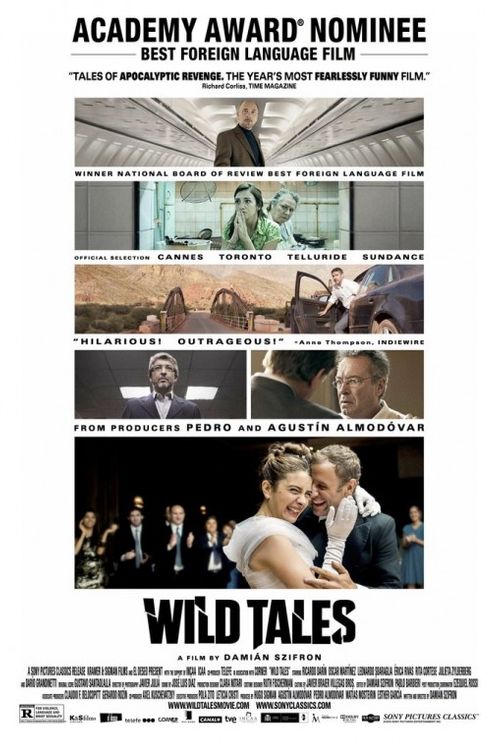