Cancel
A fearless police inspector loves his mother dearly, but despises his step-family. When he makes it his mission to destroy the operations of a local gangster with political ambitions, the gangster decides to use his family against him, taking advantage of their internal conflict.
See Storyline (May Contain Spoilers)

Velan, a young boy, lives with his younger half-brother Balan, stepfather (Nassar) and mother (Revathi) in Kattuppakkam in the Tirunelveli district. His stepfather is always partial towards Balan which constantly angers Velan.

Fifteen years later, a gang of robbers steal money from a bank and cause property damage while entering Kattuppakkam, when Velan (Silambarasan), now a police Inspector going by the name 'Osthe' Velan, apparently tries to recover the money by beating up the robbers. It becomes clear later that he keeps the money for himself, using it to buy new police jeeps and dividing it among his fellow cops (Santhanam, Thambi Ramaiah, Mayilsamy and Vaiyapuri). Velan still lives with his family and does not have a good relationship with his stepfather and Balan (whom he bullies at times).

Boxer Daniel (Sonu Sood), an aspiring politician and goon, meets Velan and tells him that the people he beat up and stole the money from are party workers and that they were getting money for the party. Velan is unperturbed, and dismisses him flatly. Balan asks his father to arrange his marriage with Nirmala, but his father refuses saying that he needs money to repay the loans he took to make his factory so he needs his son to marry a rich girl. Balan, in desperate need of money, steals it from Velan's cupboard, but is caught red-handed by his mother. He tells his mother that he intends to give the money to Nirmala's father, who in turn will return the money after marriage through dowry. Although his mother refuses, he takes the money and gives it to Nirmala's father.

Meanwhile, Velan meets Neduvaali and proposes marriage. She rejects it saying that she has to look after her father (VTV Ganesh), who is always drunk and that she cannot marry while he is alive. Velan then comes home to find his mother dead. He tries to make peace with his stepfather, as he is the only family left, but his stepfather says that Velan is not part of the family any more.

Velan is then attacked at the railway station by Daniel's men, when he is with Neduvaali and her father, but, he beats up all of them in a fight.

He sees Balan buying a horse and chariot, though he does not suspect that Balan stole the money. Balan tells him that he is getting married to Nirmala and invites Velan to the marriage. Velan tries to convince Neduvaali's father to give his daughter's hand in marriage to him and to stop drinking. Neduvaali's father accepts and after Velan leaves, he plunges into a lake and commits suicide, as he knows that his daughter will not marry anyone while he is alive. Velan takes Neduvaali to Balan's exuberant wedding and, honouring his mother's wish that her elder son be married first, marries Neduvaali in an impromptu ceremony. Nirmala's father feels disgraced and cancels the wedding.

Balan beats up one of the workers in his factory due to a small accident. The worker goes to the police station along with his mother to file a complaint. But instead Velan beats up Balan in public, thus disgracing him. Daniel decides to take advantage of the situation and suspend Velan. He takes Balan and his father to the police station. But Balan's father resolves the situation by accepting an apology from Velan. Velan meets the minister leading Daniel's party (Vijayakumar) who also dislikes Daniel. They both come to an agreement to keep Daniel in control. Velan adulterates the breweries of Daniel due to which many people fall ill and Daniel is blamed. Daniel is confronted by Velan who openly reveals to him that he adulterated the breweries.

To take revenge, Daniel burns Balan's factory. Balan's father gets a heart attack due to shock and is hospitalised. Balan, in desperate need of money for his father's treatment agrees to do anything for Daniel, without realising that it was Daniel who burnt his factory. Daniel gives him a task telling him to deliver a crate of mangoes to the minister' house. But, unknown to Balan, there is a bomb in it. After he leaves the house, it explodes, killing the minister and many innocents. Daniel gives Balan a task to kill Velan. Balan, knowing that he would not do it, accepts it and meets Velan. He confesses to Velan that he was sent to kill him by Daniel. He reveals to Velan that Daniel made him plant the bomb unknowingly. Velan forgives him and reconciles with his stepfather.

Balan meets Daniel, who thinks that Balan killed Velan and reveals to Balan that he had killed Balan's mother. Daniel is then informed that Velan is arriving with a huge police force. Balan reveals to Daniel that he did not kill Velan. In a final battle, Velan arrives and takes down all the goons and rescues Balan, leading to a final fight with Daniel. After Balan reveals to Velan that Daniel killed their mother, the two kill Daniel by forcing smoke into his mouth.

In a happy ending, Velan gets Balan married to Nirmala in the presence of their father.

Based on 3 ratings
0 user 0 critic
Did you know? The film is a remake of the Hindi movie Dabangg (2010). Read More
0 User Reviews
No reviews available. Click here to add a review.
Cast 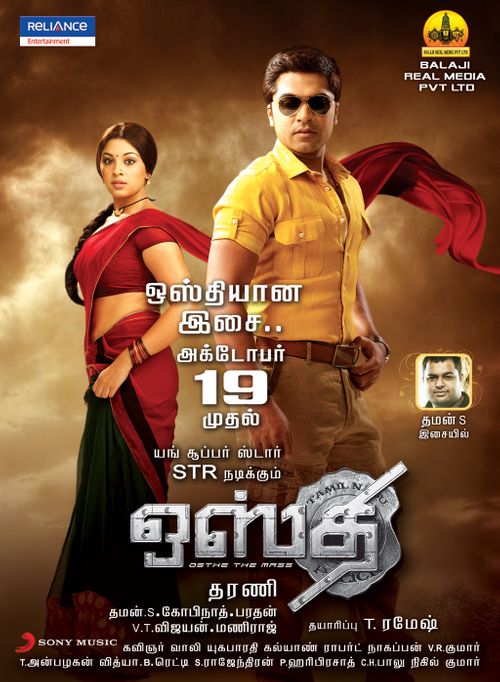 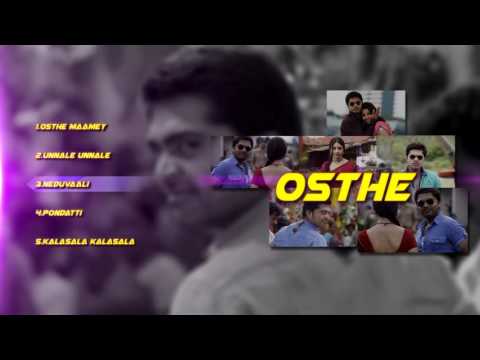 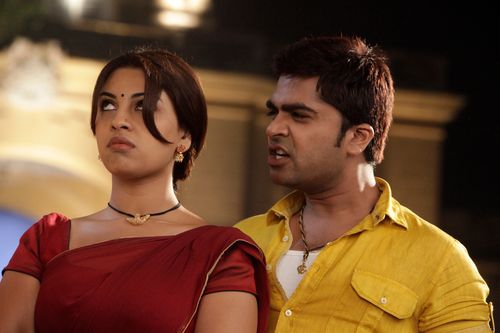 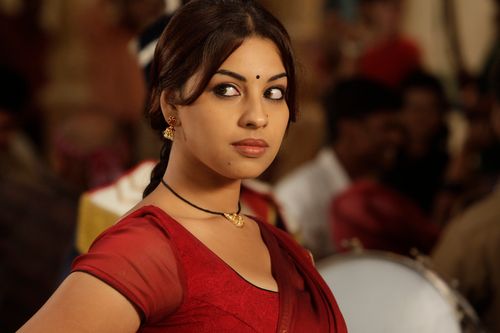 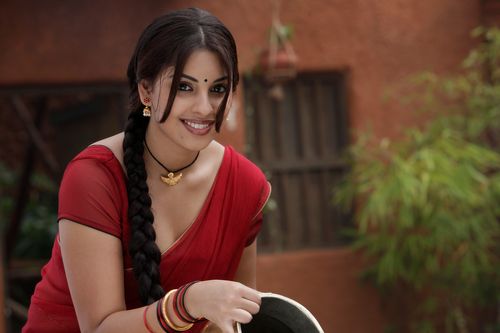 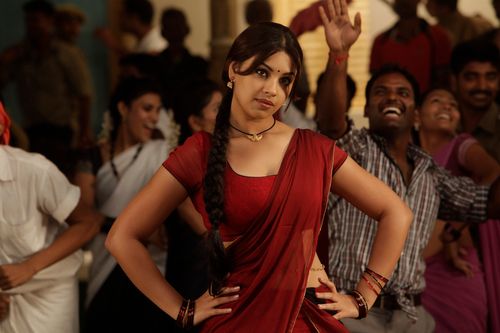 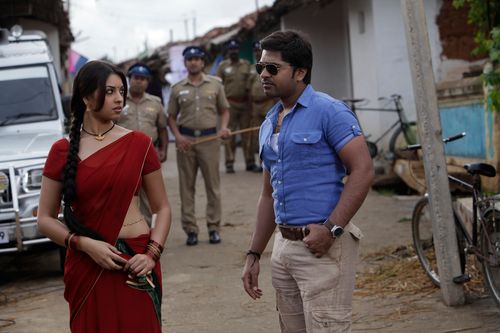 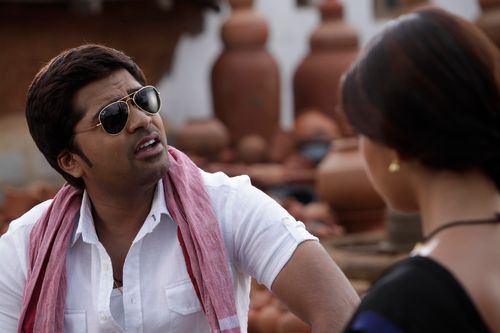 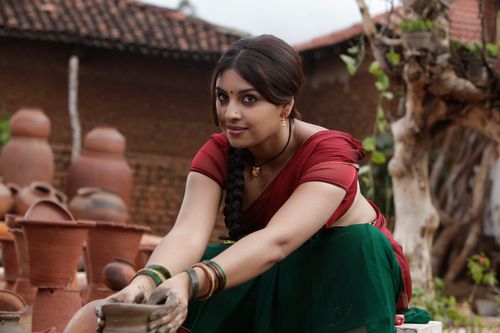