Cancel
This movie dubbed from Bitch Slap, follows three bad girls, who travel to a remote desert hideaway to steal a couple of millions in diamonds from a ruthless underworld kingpin.

Tagline: Prepare to get slapped

Based on 2 ratings
0 user 0 critic
Did you know? This film stars, amongst others like Lucy Lawless, Renee O'Connor, Kevin Sorbo and Michael Hurst. Read More
0 User Reviews
No reviews available. Click here to add a review.
Cast

Continuity
Trixie's eye makeup keeps changing color. It is usually a shiny, smoky gray but during the entirety of the desert sequences (which take place on the same day), the color switches. Colors include: dusty pink, light gray, dark gray, gray with beige and an almost black color. The only consistency is her black eyeliner.

Continuity
Camero has dark blond hair throughout the film except for one brief shot when her hair is dark black when she is about to drop a cigarette lighter to set Trixie on fire. It was an insert shot filmed months after production ended when America Olivio dyed her hair for a different film role that she took immediately after filming on this picture ended.

Revealing Mistakes
While Kinki is "playing" with Trixie, Camero and Hel are digging, and they dig for a while before their shovels hit metal and they find the hatch. However, there's no hole - the hatch appears to have no more than a sprinkle of sand on it.

Revealing Mistakes
In the prison scene Camero is doing pull-ups but none of her muscles are flexing. She doesn't even try to make it seem realistic, making it obvious someone or something is just hoisting her up and down.

Continuity
After the first of the two epic fights between Camero and Hel, Trixie asks Hel who she really is. During their conversation, Hel's left earring keeps appearing and disappearing, depending on whether it's an over-the-shoulder-shot or a frontal shot of her.

Revealing Mistakes
During the first epic fight between Hel and Camero, Kinki's body is seen lying in the dust face down. However, it is visible that the body is in fact a mannequin dressed in Kinki's clothes and not the actual actress.
Trivia:
The desert scenes where the majority of the locations were shot appear to be hot and arid, but while filming in mid and late March when it was still winter, the cast, including the three female leads, spent most of the time between takes literally shivering under heavy winter coats that the wardrobe department brought along for just that.

This film stars, amongst others like Lucy Lawless, Renee O'Connor, Kevin Sorbo and Michael Hurst. 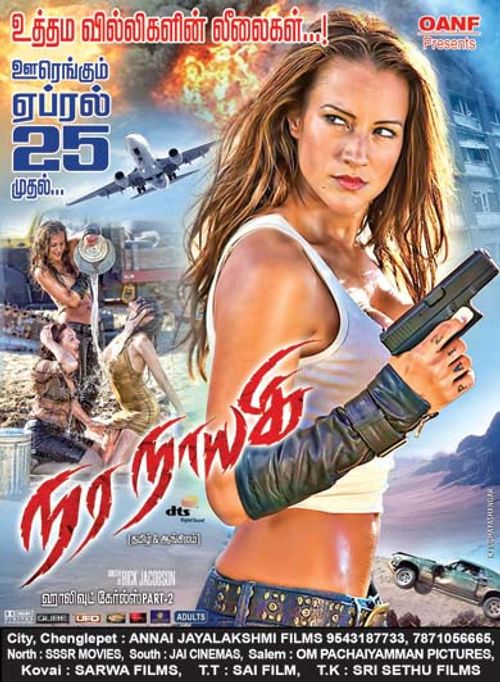 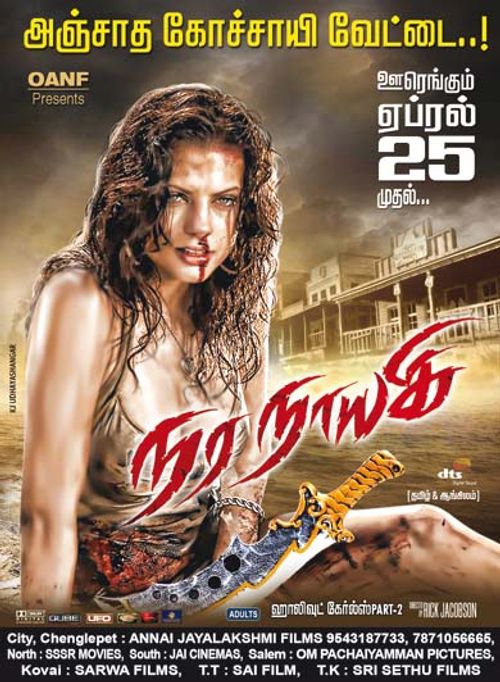 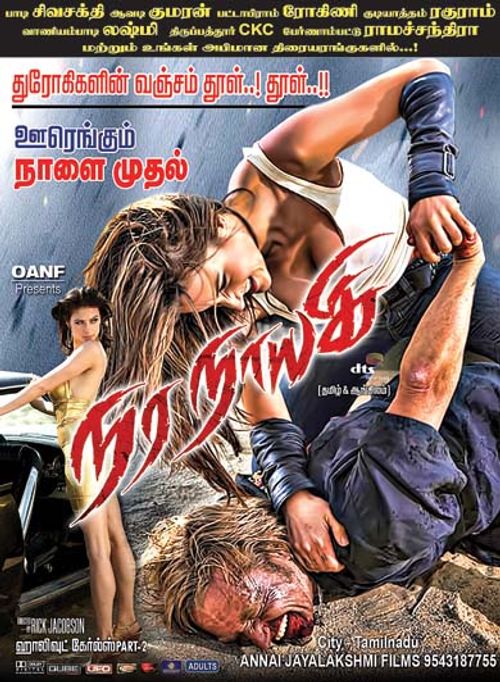