Cancel
Vicky, Natasha, and Anjali used to study in the same college in India and knew each other. While Vicky only loved Anjali, he was unaware that Natasha loved him with all her heart. Natasha did manage to bag a date with Vicky, however, she could not keep the appointment as her dad was killed that very same day in an automobile accident. Years later, Vicky and Anjali are very much in love, and Vicky makes a living as a rock-star. Vicky's career gets a boost when he is invited to the U.S. to meet the owner of Angel Music, who are interested in sponsoring him in a major way. He travels to U.S. and it is here that he meets with the owner - none other than Natasha herself. Their meeting is passionately spent in bed for that one night. The next day, Natasha is quite sure that Vicky is in love with her. She even follows him back to India, only to find out that Vicky had had only a one night stand with her, and is still in love with Anjali. This knowledge does not deter Natasha at all, for she knows that when she sets her mind to get something, she ends up getting it - no matter what.
See Storyline (May Contain Spoilers)

Vicky (Akshay Kumar) is an aspiring singer who is devoted to his true love, Anjali (Amisha Patel). He gets a big offer from a music company in Canada and accepts it. In Canada, he meets the owner of the company, Natasha (Karisma Kapoor). Natasha helps Vicky become a star, however, Vicky is unaware of Natasha's hidden motives. Natasha knew Vicky in college and harboured a deep infatuation for him. Natasha's father had warned her that her love for Vicky can never be, as Vicky loved Anjali, but she refused to listen. When Natasha's father died in a car accident, Natasha, with no one else to love, put all her love and devotion on Vicky aside, and has been alone ever since.

Natasha invites Vicky to her home for her birthday. Things heat up and Vicky and Natasha spend a passionate night together. Vicky is horrified by what he has done. He goes back to India, but Natasha accompanies him. An uncomfortable Vicky tells Natasha that their one night together was a mistake and that he only loves Anjali. Natasha then attempts suicide but Vicky rushes her to the hospital in time. Vicky proposes to Anajali and she accepts. Natasha discovers that Vicky and Anjali are engaged. At the engagement party, Natasha, mad with jealousy, starts dancing barefoot on broken glass until she faints. Vicky later tells her to stay away from him. Natasha hires hitmen to plant a bomb in Vicky's car. Vicky realizes that Natasha's obsession of him has become dangerous. Overwhelmed with guilt, he confesses the truth to Anjali. Although hurt, she is not angry at him as he has punished himself enough. Anjali then insists on meeting with Natasha.

The two women meet and Anjali gently explains that Vicky has always loved her and never Natasha. Natasha threatens Anjali, saying that she will go to any length for Vicky – even kill. Anjali admits that while she cannot kill others, she would kill herself for him. When Anjali returns to Vicky, Natasha calls the couple to her home. The two arrive and see Natasha sitting in a chair. As they are apologizing for hurting her, they suddenly notice a gun in Natasha's hand and blood on her head. She had killed herself before the two arrived. Vicky finds a note that she had written, saying that by sacrificing her life, she proved that she will always love him. The film ends with Natasha's funeral, and Anjali in Vicky's arms.

Based on 0 rating
0 user 0 critic
Did you know? Rani Mukerji was the original choice for Amisha Patel's role. Read More
0 User Reviews
No reviews available. Click here to add a review.
Cast 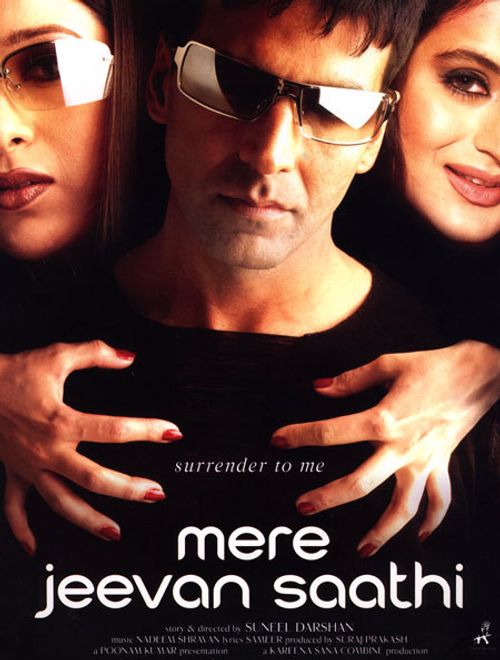