Cancel
A sentimental man goes to great lengths to ensure that his sister gets the best of everything, including decimating the criminal forces causing havoc in the city.
See Storyline (May Contain Spoilers)

This multi-layered romantic drama revolves around Annavaram (Pawan Kalyan), a fearless man who deeply attached to his sister Varam (Sandhya). He wants to see his sister trouble free even after marriage and hence wants to get her married to a city dweller who has all the facilities like a mixie, grinder, gas stove and running water.

True to his taste, Annavaram gets Varam married to a man (Shiva Balaji) who stays in Hyderabad. In order to leave her at her husband's place, Annavaram drops Varam in Hyderabad. Aishwarya (Asin Thottumkal) is the neighbour of Varam's husband, who is chirpy and interacts very closely with everyone without any inhibition. During his stay, Annavaram finds that the city is full of goons and his brother-in-law pacifies him not to take anything personally and remain detached and indifferent.

The city is ruled by two big goons called Tapas Balu (Ashish Vidyarthi) and Puranapool Ganga (Lal). Unable to digest the situation, Annavaram returns to his village along with his close friend Narasimha (Venu Madhav). After a few months, Varam becomes pregnant and Pandu's brother Gutkha Pandu threatens Varam's husband and takes away the canteen being run by him in a college. Varam is frightened by the attack.

Annavaram detains his sister and brother in law in the village, but he leaves the village stating that he got a job. He reaches Hyderabad. He dares Tapas Balu and kills 20 of his men along with a corrupt police officer (Ravi Babu). He even calls up the ACP J.D. Yadav (Nagendra Babu) that he would do the duty of the police as they were handcuffed with political pressures and can't take action against the goons.

At this juncture, Annavaram meets his old friend Sairam (Brahmaji) and with his help gets the details of all the goons and decide to eliminate all of them. To bail out from the crisis, Tapas Balu kidnaps ACP's daughter Sanjana. Annavaram attacks Balu and kills him and saves her. Then he targets Ganga's brother Pandu and kills him. Next is the turn of Ganga. Like this, he eliminates all the goons and makes Hyderabad a clean city sans any goondas by the time Varam delivers a baby boy. The film ends on a happy note with the union of Annavaram and Aishwarya.

Based on 0 rating
0 user 0 critic
Did you know? This movie is the remake of the Tamil blockbuster 'Thirupaachi' in which Vijay played the lead role. Read More
0 User Reviews
No reviews available. Click here to add a review.
Cast

The success of this movie is considered one of the breakthroughs in the career of leading actress, Asin Thottumkal.

This movie is the remake of the Tamil blockbuster 'Thirupaachi' in which Vijay played the lead role. 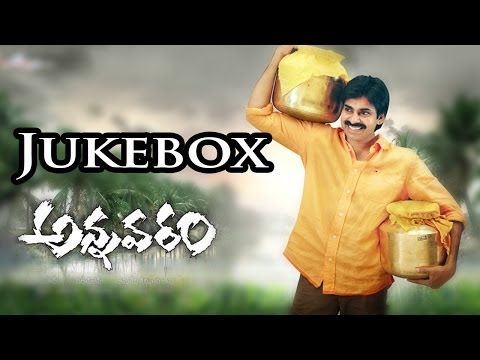