Cancel
Directed by Shyam Benegal, starring Farida Jalal, Surekha Sikri and Amit Phalke in the lead roles. This drama film is about three friends who grew up together, get separated during the Indo-Pak partition. What happens when they struggle to reunite and survive?
See Storyline (May Contain Spoilers)

13 year old Riyaz lives a poor lifestyle in Bombay, India, with his grandmother, Fayyuzi, and her sister, Mehmooda alias Mammo. Quite outspoken and embittered over his dad abandoning him, Riyaz does not have many friends, save for Rohan. When Mammo plans a surprise birthday party for him, Riyaz is offended as he believes his friends will make fun of him as his lifestyle is not as good as their's. Fayyuzi and Riyaz have an argument with Mammo, and she leaves for the Mosque at Haji Ali, but returns when both apologize to her. Although Mammo was born in Panipat during the British Raj, she was one of thousands of Muslims who left for Pakistan. She was married over there, could not conceive, was branded a "barren woman", and asked to leave. Having nowhere else to go, she came to live with her widowed sister in Bombay on a temporary Visa. Every month she would walk to the nearest Police Station and get an extension. She finally paid a Rs.4800/ as a bribe in order to get a permanent visa through Inspector Apte. When Apte was transferred, a new Police Inspector took over, processed her papers, held her to be an illegal immigrant, arrested her, had her escorted to the Bombay Central Railway Station, board the Frontier Mail, which would return her to Pakistan. Riyaz and Fayyuzi make every possible attempt to trace and bring her back, which was all in vain. Now 20 years later, Riyaz has grown up and has written a book about his Mammo, hoping that someday, somewhere she will find it and they will be reunited again. 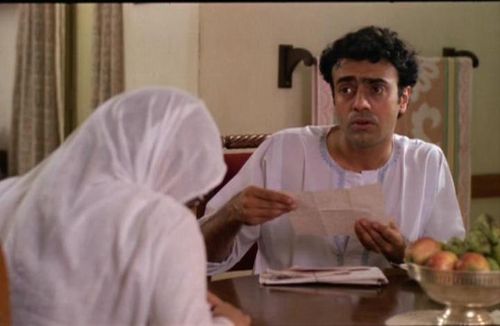