Cancel
A man's life unravels after he leaves a construction site at a critical time and drives to London to be present for the birth of a child conceived during a one-night stand.
See Storyline (May Contain Spoilers)

The day before he must supervise a large concrete pour in Birmingham, construction foreman Ivan Locke learns that Bethan, a colleague with whom he had a one-night stand seven months previously, has gone into premature labour. Despite his job responsibilities and although his wife and sons are eagerly awaiting his arrival home to watch an important football match, Locke decides to drive to London to be with Bethan during childbirth. Locke never forgave his father for abandoning him as a child, and he is determined not to make the same mistake.

Over the course of the two-hour drive from Birmingham to London, Locke holds a total of 36 phone calls with his boss and a colleague, Donal, to ensure the pour is successful, with his wife Katrina to confess his infidelity, his son, and with Bethan to reassure her during her labour. During these calls, he is fired from his job, kicked out of his house by his wife, and asked by his older son to return home. He coaches his assistant Donal through preparing the pour despite several major setbacks, and has imaginary conversations with his father, whom he envisions as a passenger in the back seat of his car. When he is close to the hospital, Locke learns of the successful birth of his new baby.

Tagline: No turning back

Locke is an exploration of how one decision can lead to the complete collapse of a life
Kenneth Turan, NPR
0

In the context of contemporary cinema a return to minimalism is refreshing
Ian Allison, International Business Times
0

"Locke" is a cinematic stunt that engrosses as it unspools, and pays dividends after it’s been accomplished
Glenn Kenny, Roger Ebert
0 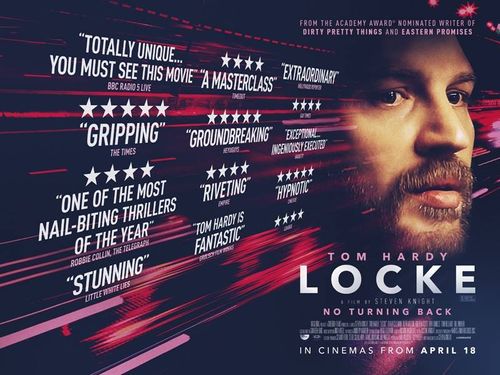 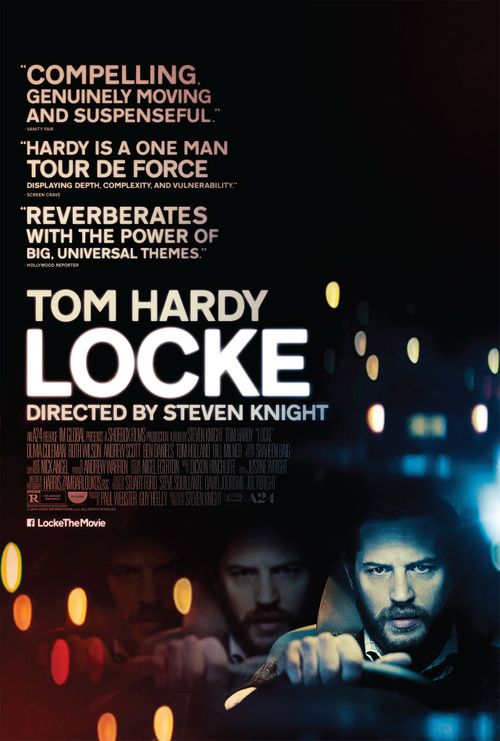