Cancel
Krishna is born with magical powers - a legacy from his father, Rohit Mehra. Priya comes into his life and becomes his world. When she beckons him to Singapore, he follows. In Singapore, Dr Siddhant Arya, the megalomaniac scientist is on the verge of changing the future forever. Only one man stands between Dr Siddharth Arya and his destructive dreams. To block his ruthless ambitions and protect the world, Krishna must become Krrish.
See Storyline (May Contain Spoilers)

Five-years-old Krishna Mehra undergoes an intelligence quotient test by a professor, who suspects that his family has superpowers. His grandmother Sonia (Rekha) takes the young Krishna to a remote mountain village to conceal his unique abilities. Years later, Krishna (Hrithik Roshan) meets Priya (Priyanka Chopra) and her friend Honey (Manini Mishra) when Krishna's friend Bahadur (Hemant Pandey) takes the girls camping near his home. Krishna saves Priya from a hang glider accident and falls in love with her when spending time with her.

After returning home to Singapore, Priya and Honey are fired by their boss (Archana Puran Singh) for taking a non-permitted extension of 5-days in their vacation. In order to keep their jobs, Honey suggests her boss making a television program about Krishna. Aware of Krishna's love towards her, Priya calls him to join her in Singapore. Krishna's grandmother objects to him leaving, saying that people will want to take advantage of his abilities. She then explains that his father Rohit was hired by Dr. Siddhant Arya (Naseeruddin Shah) to design a computer that could see the future in order to prevent wars and help prepare against natural disasters. However, Rohit later found out that the purpose of the computer was not for good and he destroyed the machine. Rohit reportedly died in a laboratory accident that night, with Krishna's mother dying of a broken heart shortly thereafter. Krishna promises his grandmother that he will never reveal his powers, so she permits him to go. In Singapore, during the program's production, Krishna keeps his word and reveals nothing exceptional about himself. Priya and Honey are once again fired.

Krishna later meets with Kristian Li (Bin Xia), who attempts to raise funds to pay for his young sister's leg surgery. He invites Krishna and Priya to the Great Bombay Circus, where during the performance a fire beaks out in the tent. Several children remain trapped in the blaze, and Krishna is faced with the dilemma of saving the children without revealing his abilities. He dons a broken black mask and puts his jacket on inside-out, creating the persona of Krrish. Later, when Kristian Li sees Krrish fighting some goons and removing his mask, he discovers his friend Krishna as Krrish. As Krrish is being offered a reward for his deeds, Krishna asks Kristian to assume the identity, so that he can pay for his sister's surgery.

Meanwhile, Priya also comes to know that Krishna is Krrish when she sees the footage from her video camera. She and Honey decide to release the footage on TV to make Krishna a star. Krishna arrives and overhears them talking about how Priya had lied to him, and how they will reveal his identity. Just before Priya confesses to Honey that she has genuinely fallen in love with Krishna, he leaves, dejected.

After being confronted by Krishna at his hotel about what she said, Priya realises her mistake and stops her boss from revealing Krrish's identity. She then meets Vikram Sinha (Sharat Saxena), who has been searching for Krishna for years. He informs them that Krishna's father Rohit is still alive, and that after completing the machine, he and Rohit tested it and saw Siddhant holding a gun to Rohit's head. Rohit understood that Siddhant was going to kill him and then use the machine for his own selfish needs. He was able to destroy the machine, before being taken prisoner by Siddhant.

Meanwhile, in the present timeline, Siddhant has rebuilt the computer after many years. He uses it to reveal his future and sees Krrish killing him. Siddhant then kills Kristian, thinking that he is Krrish. Krishna later follows Siddhant to his island lair. When Siddhant looks into the future again, he sees the same thing, and is shocked to see Krrish still alive and on his island.

When Krrish enters the compound, there is a vicious fight with Siddhant's thugs. Krrish eventually defeats them and saves Priya and Rohit. In the final scene, Krrish wounds Siddhant. Before he dies, Siddhant asks Krrish who he is, and Krishna reveals himself. After revealing to Rohit that he is his son, Krishna takes Priya and his father back to India, reuniting him with Sonia. Rohit then uses the computer to call Jadoo, whose spaceship can be seen from a distance.

Tagline: He was born with a gift.. he was special.. like his father.

Based on 3 ratings
0 user 0 critic
Did you know? Hrithik Roshan received special training in Hong Kong for the special leap he makes in the film. Read More
0 User Reviews
No reviews available. Click here to add a review.
Cast

Audio/Video Mismatch
One of the thugs who attack Krrish the second time speaks with Kristian's voice.

Continuity
Priya's belt disappears for a moment when she runs towards Sonia as the kids gang up with Krishna to play a joke on her.

Miscellaneous
When Dr Arya shoots two bullets at Rohit and Priya, who are standing about 20 feet away. No human can change a pistol's target immediately after shooting one shot and trigger a second shot before the first bullet hits a target that is just 20 feet away.

Miscellaneous
Rohit is in Malaysia for two years working on a secret project. At the end of the two years, his mother calls him up to say that his wife has given birth to a baby boy. Considering the fact that he was away from home for two years, where was his wife during this time?

Miscellaneous
Priyanka and her friend decide to invite Krishna to Singapore to save their foundering jobs, and the next day he is actually in Singapore. How did they arrange the passport and visa in a single day?

Miscellaneous
If the Singaporeans don't speak Hindi, how are they able to understand the Indians perfectly when they speak Hindi to each other?
Trivia:
Hrithik Roshan lifted weights and dieted for two months for his role in the film so he could add 15 pounds of muscle to his frame.

During an action shot, there was a freak accident where Hrithik Roshan jumped off a 30-foot-high clock tower in Singapore and a cable broke. He fell to the ground and would likely have ended up dead or in a wheelchair had it not rained before the shot, causing the crew to install a canopy on which he promptly fell. He was not hurt and continued shooting some minutes later. The Roshans feel his life was spared by divine intervention.

Hrithik Roshan received special training in Hong Kong for the special leap he makes in the film.

While shooting a stunt scene on the circus set, Hrithik Roshan suffered a hamstring tear in his right leg. Doctors prescribed two weeks' bed rest, but he continued shooting after two days using painkillers. He also singed his hair while running through a fire in the same scene.
Buzz
14 Years Since Its Release, Hrithik Roshan's Film ‘Krrish’ Is Still One Of The Best Superhero Films
24 Jun 2020, by Lekhaka 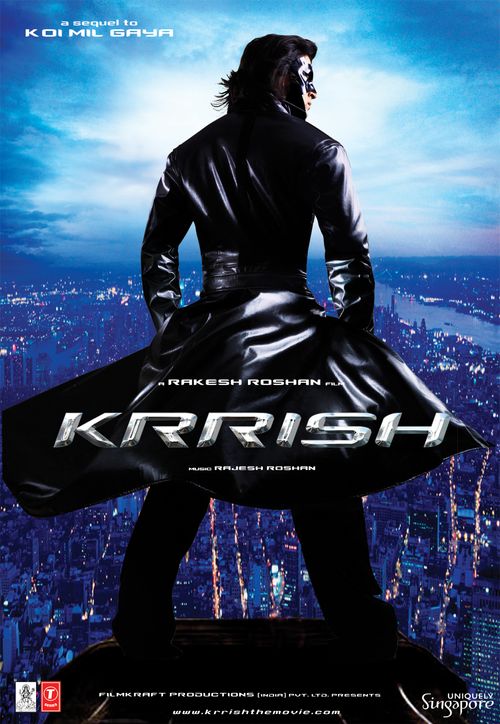 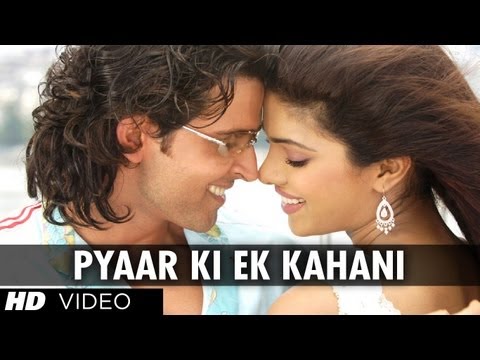 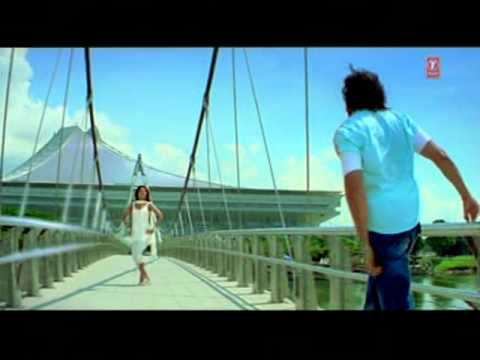 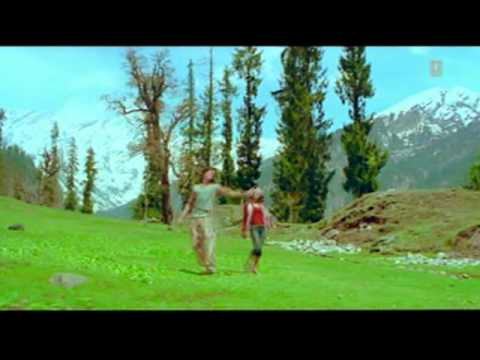 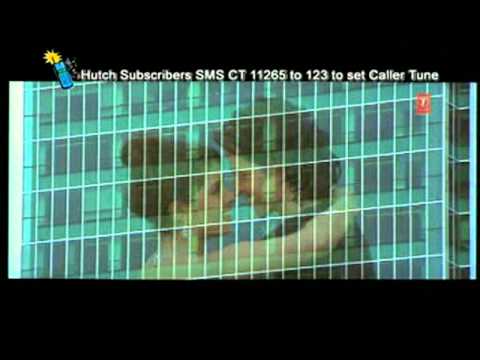 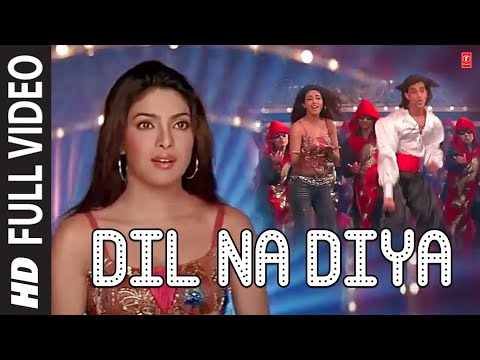