Cancel
A hapless young Viking who aspires to hunt dragons becomes the unlikely friend of a young dragon himself, and learns there may be more to the creatures than he assumed.

English Name: How to Train Your Dragon

Based on 0 rating
0 user 0 critic
Did you know? The character Stoick is 7'2" tall. Read More
0 User Reviews
No reviews available. Click here to add a review.
Cast

Editor
Darren T Holmes
Maryann Brandon
Technical Details
Film Type:
Feature
Language:
English
Colour Info:
Color
Sound Mix:
Dolby Digital, DTS
Frame Rate:
24 fps
Aspect Ratio:
2.39:1 (Scope)
Stereoscopy:
No
Fun Stuff
Taglines:
One adventure will change two worlds
Movie Connection(s):
Followed by: How to Train Your Dragon 2 (English)
Followed by: How to Train Your Dragon: The Hidden World (English)
Goofs:
Revealing Mistakes
After the final battle when Hiccup gets out of bed, his feet swing to the floor from the wrong direction. His pillows are on the right side of the screen so his feet should come from the left side.

Revealing Mistakes
The actual size of Toothless varies from one scene to another (compared to Hiccup's height).

Continuity
When Hiccup is searching for the dragon he shot down, he hits a tree branch which flings back in his face. In the next shot Hiccup hasn't moved, but the branch is gone.

Continuity
When Astrid follows Hiccup into the valley, she has an axe, when Toothless attacks, Hiccup then has the axe and tosses it away. Next scene the axe is gone.

Continuity
During the dragon training scene with the zippleback, Tuffnut is dragged into the gas cloud by the dragon and loses his hat, leaving it in plain view. He then runs out of the cloud wearing the hat again.

Continuity
After Hiccup wakes up in his village and sees that his foot is gone. Toothless is jumping around the house. When he jumps on the floor again, his left side of the tail, which should be prosthetic, is intact.

Continuity
When Toothless pins Hiccup to the rock after being set free, we see trees in the reflections of his eyes. Toothless was looking straight down at Hiccup, where no trees could possibly have been seen.

Continuity
The first prints of this movie showed Hiccup's drawing of a Night Fury with its tail intact, when the drawing was dropped onto the Dragon Book. This was a continuity error, since part of the tail fin on that drawing had been erased in a previous scene. Many digital theaters had a corrected version of the movie, showing that erased tail, by mid April 2010. (The DVD and Blu-Ray discs also have the corrected tail at the Dragon Book scene.)

Continuity
When Hiccup first attached the artificial tail fin, Toothless is distracted by eating fish from a basket. Toothless takes off with Hiccup on his tail, we get a shot of the ground - the basket is missing.

Character Error
Despite Hiccup insisting that on Berk it "snows nine months out of the year and hails the other three," neither snow nor hail are seen throughout the entire movie; however, this is pretty realistic for an unhappy teenager describing his or her hometown, even today.
Trivia:
When Hiccup reads the Dragon Manual, the writings in it are actually in plain English cryptographed into runes. With a small effort, you can read what Hiccup is saying, e.g. "Speed Unknown".

The appearance and personality of Toothless was inspired by cats, dogs, and horses. The face also bears some resemblance to the giant salamander, largest amphibian in the world.

During the popular Dream Works intro part of the movie where a boy on the crescent moon is holding a fishing pole, the shadow of the Night Fury flying through the star-filled background can be seen for a brief moment.

The Night Fury dragon species was originally going to be be more wolf like in appearance. Instead, a Dreamworks employee's computer screen saver of a black leopard inspired the film's creators to make Toothless more feline in appearance.

The sounds of Toothless (the Night Fury) are a combination of various sounds, including the voice of Supervising Sound Designer Randy Thom, elephant seals, elephants, horses, tigers, and even domestic cats. The elephant seal sounds used were recordings of elephant seal pups at The Marine Mammal Center in Sausalito, CA, a marine mammal hospital that rescues, rehabilitates and releases sick and injured seals, sea lions, whales, and dolphins.

Gobber has a total of 14 different hand attachments throughout the film.

The character Stoick is 7'2" tall.

The hammer used by Stoick bears a strong resemblance to the Marvel comics version of the hammer Mjolnir wielded by Marvel's Thor. The traditional mythological hammer of Thor looks much different.

The name of the village, Berk, is a British derogatory term derived from the cockney rhyming slang "Berkshire Hunt". "Berk" is commonly used as an affectionate put down for a fool by people unaware of its true origins.

Hiccup is the only character to refer to Toothless by name. 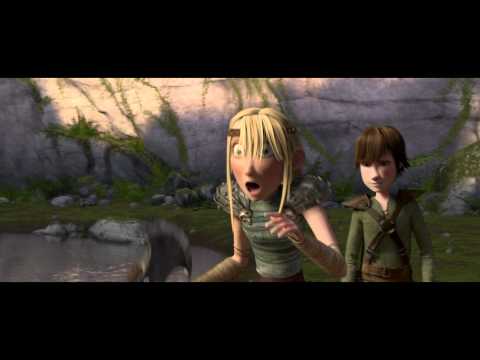 How to Train Your Dragon - Trailer 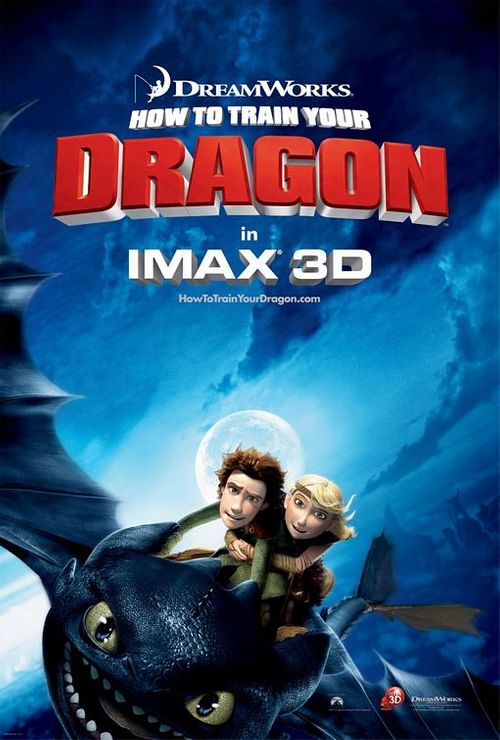 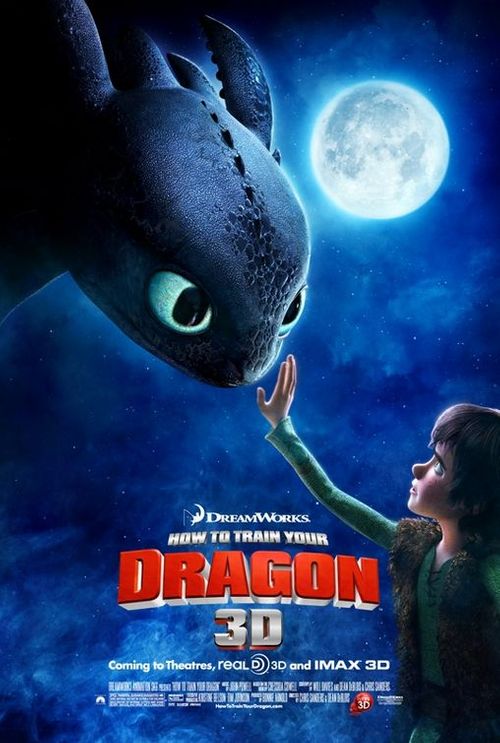 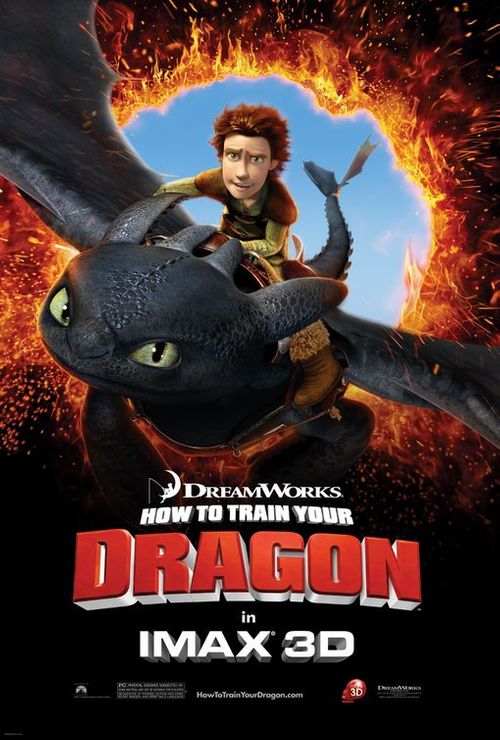 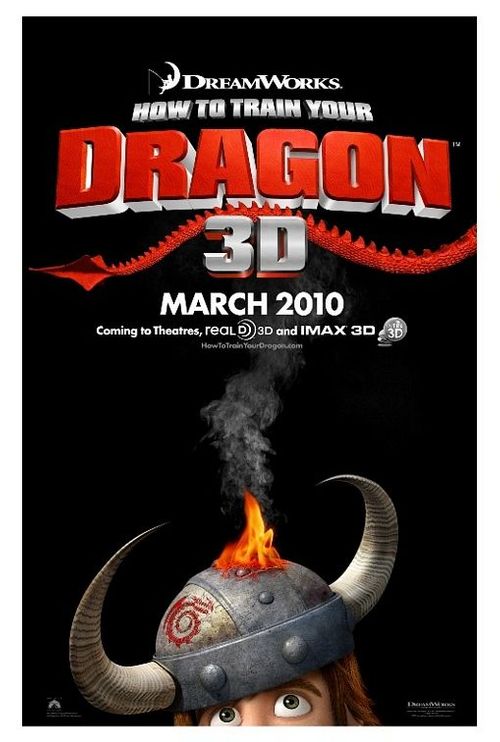 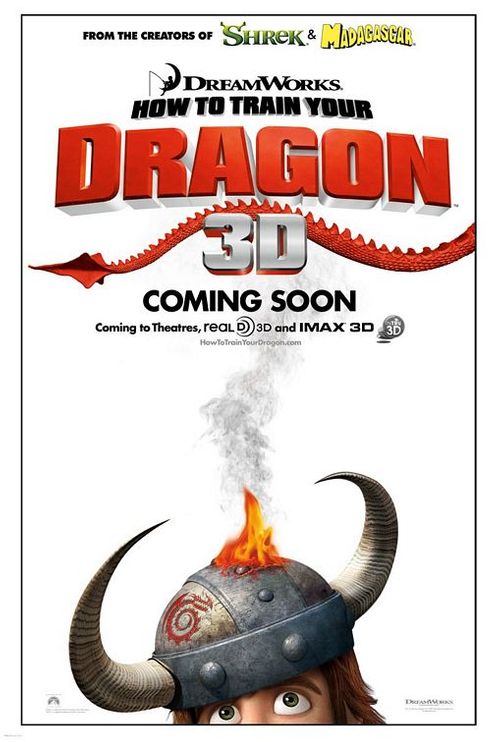