Cancel
Fast-paced and thrilling, this contemporary social drama has a multi-narrative style and is woven in the format of a hyperlink cinema. Set within a time-span of 24 hours, this eventful drama follows the twists and turns in the lives of a small group of people who enter the city on 11. 11. 2011. The narrative succinctly depicts the challenges and complications that arise in their lives, and the life-altering event that brings them together. Balu is an auto driver in dire financial straits. Aswathy is a deliriously happy young woman shopping for her upcoming wedding, as she keeps connecting on the phone with her fiance, Jayakrishnan who also happens to be in the city. Muneer (Manu) is the rebellious son of the owner of the auto-rickshaw that Balu drives, and he enters the city with his girlfriend to hang out at the beach. A fully pregnant beggar-woman desperately seeks shelter for her upcoming delivery. These and many more lives are interwoven by a single event that affects them all. How will their futures unfold?
See Storyline (May Contain Spoilers)

This emotionally charged drama tells the life stories of many people who arrive into a town on Friday 11 November 2011 (11-11-11) in the complications and chaos that engulf their lives, and the life-altering event that intertwines their lives.

Balu (Fahadh Faasil), an auto-rickshaw driver by profession, lives by taking it on daily rent. He is least happy with the way the day has started off. He has just learned that a jack fruit has fallen over the roof of his house. We see the poor condition he lives in, as he does not have the money to repair the roof of his house.

Out in the city, Aswathy (Nimisha Suresh) is busy shopping for her wedding. Accompanied by her grandfather (Nedumudi Venu), sister and mom, she is seen quite busy attending the phone calls of her beau Jayakrishnan (Tini Tom) who is incidentally in the city as well.

Muneer (Manu) is the son of the auto-rickshaw owner that Balu runs. He is a typical young college student who refuses to do anything that his mother wishes him to do. Muneer and his girlfriend Jincy (Ann Augustine) decide to head over to the beach, as a holiday has been declared for the college.

A fully pregnant beggar woman roams the city with hopes of finding a place where she could deliver her baby. Another mother (Seema G. Nair), whose daughter in law has just delivered a baby, has to head back home with the newborn, as the hospital decides to discharge her all on a sudden, due to want of beds.

Arun (Prakash Bare) and Parvathy (Asha Sarath), a childless couple, also lands in Alapuzha on the same day, to adopt a child. They are quite in a hurry, and have to leave back to Bangalore by evening, and when the orphanage officials demand a certificate to complete the adoption procedures, they find themselves in a fix.

A single incident that happens on that day unites them together and this forms the crux of the story.

Tagline: One day many stories

Based on 0 rating
0 user 0 critic
Did you know? This movie is set and shot completely in Alappuzha. Read More
0 User Reviews
No reviews available. Click here to add a review.
Cast 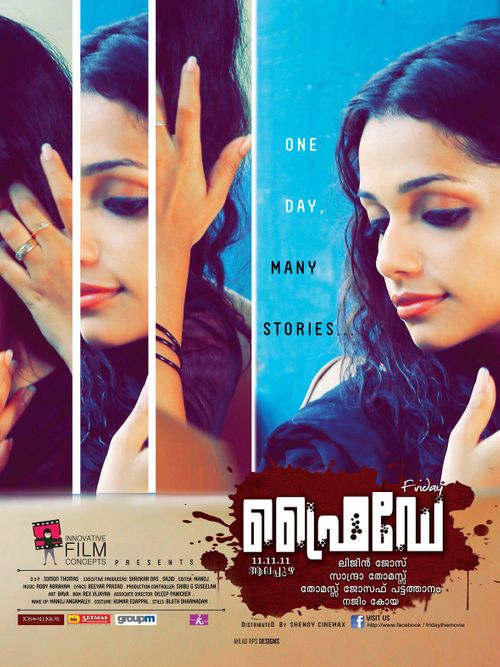