Cancel
High school student Ferris Bueller wants a day off from school and he's developed an incredibly sophisticated plan to pull it off. He talks his friend Cameron into taking his father's prized Ferrari and with his girlfriend Sloane head into Chicago for the day. While they are taking in what the city has to offer school principal Ed Rooney is convinced that Ferris is, not for the first time, playing hooky for the day and is hell bent to catch him out. Ferris has anticipated that, much to Rooney's chagrin.
See Storyline (May Contain Spoilers)

High school senior Ferris Bueller decides to skip school by telling his parents he is sick. He goads his depressive best friend Cameron Frye to join him, and despite Cameron's objections, they take his father's prized 1961 Ferrari 250 GT California Spyder convertible. Sympathy spreads for Ferris's feigned illness, starting the "Save Ferris" campaign, but he cannot fool his suspicious sister Jeanie, nor the school's Dean of Students, Edward Rooney, who believes Ferris to be truant. Throughout the film, he breaks the fourth wall by explaining to the audience his thoughts and techniques.

By phoning the school with a false report of her grandmother's death, Cameron and Ferris get Ferris's girlfriend Sloane Peterson to join them for the day. Ferris, Sloane, and Cameron drive into downtown Chicago, leaving the Ferrari with two garage attendants, who promptly take it on a joyride. The three friends experience a charmed, carefree day in the city, including lunch at a fancy restaurant (where they almost encounter Ferris' dad), a Chicago Cubs game at Wrigley Field (where they are almost spotted on TV by Rooney), and visits to the Sears Tower, the Art Institute of Chicago, and the Chicago Mercantile Exchange. Ferris crashes the annual Von Steuben Day Parade, lip-synching to Wayne Newton's cover of "Danke Schoen" and the Beatles' "Twist and Shout" on the float as the very enthusiastic crowd joins him singing and dancing.

Meanwhile, Rooney tries to break into the Bueller home but he is attacked by the family's dog. Also looking for Ferris, Jeanie returns home, and she mistakes Rooney for an intruder. She attacks him and calls the police. Rooney leaves to chase down his car, which is being towed for parking in front of a fire hydrant. The police arrest Jeanie for filing a false report, and she talks to a juvenile delinquent (Charlie Sheen), who tells her not to worry about Ferris. Jeanie's mother finds her kissing the delinquent when she arrives to pick her up.

At the end of the day, the three friends retrieve the Ferrari, but discover that over a hundred miles have been added to the odometer. Cameron is shocked into self-analysis: he says he has allowed his fear of his father to dominate his life. Back at Cameron's house, the friends jack up the rear wheels of the car and run it in reverse, but it does not remove the miles on the odometer as they expected. Cameron unleashes his pent-up anger against his father, kicking and damaging the front of the Ferrari. He says that now is the time to stand up to his father and vow the consequences that he has done. Leaning on the car, he accidentally knocks it off the jack, and it crashes through the glass wall of the garage, landing in a ravine behind the house. Ferris offers to take the blame, but Cameron insists that he will take it himself.

While walking Sloane home, Ferris realizes he has five minutes to get home before his parents discover him missing. Ferris is nearly spotted by each of his parents, and his sister. He is caught at the back door by Rooney, who tells Ferris to expect another year of high school under his close personal supervision. However, Jeanie has found Rooney's wallet on the kitchen floor, and she blackmails him with this proof that he was the intruder, leaving Rooney to be attacked by the dog once again. Ferris jumps in bed just before his parents check on him, leaving them convinced of his honesty.

During the credits, Rooney hobbles down the street and then hitches a ride on a school bus to the amusement of the students on the bus.

In the post credits scene, Ferris breaks the fourth wall when he tells the audience that the movie is over and they should go home now.

Crew/Equipment Visible
During the Chicago fly by at the start of the movie, the helicopter taking the film is clearly seen reflected in one of the skyscrapers.

Crew/Equipment Visible
When Ferris, Sloan, and Cameron pick up the Ferrari at the parking garage you can see the camera and its reflection in the window directly behind Ferris and Cameron.

Factual Mistake
The 6500 RPM redline is visible, but that Ferrari model did not have a redline marking.
Trivia:
To produce the desired drugged-out effect for his role as the drug addict in the police station, Charlie Sheen stayed awake for more than 48 hours before the scene was shot.

Alan Ruck was 29 years-old when he had played the role of Cameron.

During the parade several of the people seen dancing which they were simply dancing to as the music was being played and John Hughes found it so humorous that he told the camera operators to record it.

Cindy Pickett and Lyman Ward, who played Ferris's parents, were married in real life after filming this movie.

Mia Sara says that Matthew Broderick actually tickled her feet and knees to get her to laugh naturally in the taxicab scene.

Even though they played siblings, stars Matthew Broderick and Jennifer Grey would later become engaged after this movie.

The shot of Ferris playing the clarinet was done on the spot. Someone spotted the instrument as part of the set and Broderick said he could play it, which of course he couldn't.

John Hughes refused to release a soundtrack album; he felt the mix of songs was too uneven and didn't flow together, and wouldn't work well as an album. 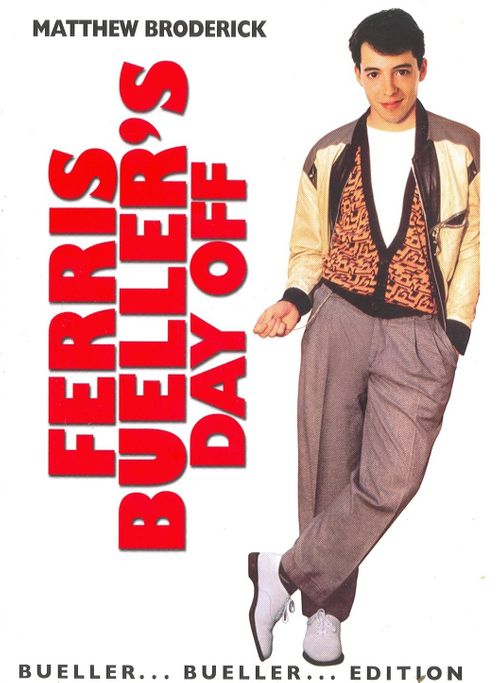 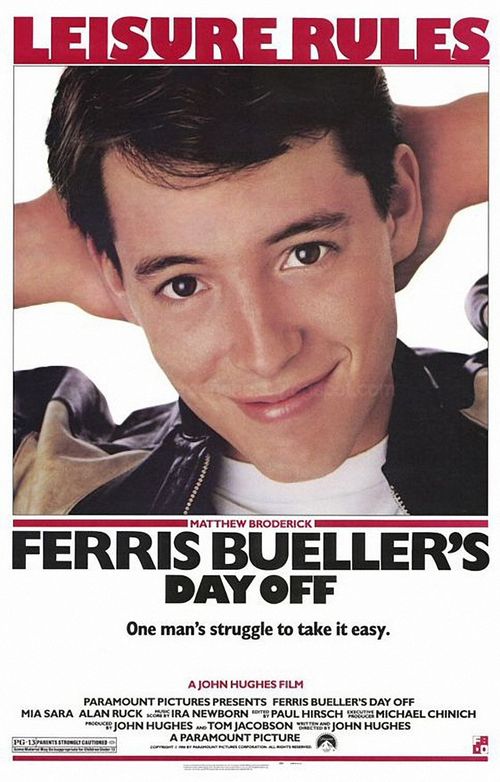