Cancel
In the near future, a hostile alien race, The Formics, have attacked Earth. If not for the legendary heroics of International Fleet Commander Mazer Rackham, all would have been lost. In preparation for the next attack, the highly esteemed Colonel Hyrum Graff and the International Military are training only the best young children to find the future Mazer. Ender Wiggin, a shy, but strategically brilliant boy is pulled out of his school to join the elite. Arriving at Battle School, Ender quickly and easily masters increasingly difficult war games, distinguishing himself and winning respect amongst his peers. Ender is soon ordained by Graff as the military's next great hope, resulting in his promotion to Command School. Once there, he's trained by Mazer Rackham, himself, to lead his fellow soldiers into an epic battle that will determine the future of Earth and save the human race.

Based on 2 ratings
0 user 13 critic
Did you know? Ender Wiggin’s timeline is changed drastically in the film. In the novel, we first meet Ender at age six and he progresses into young adulthood and then adulthood by the end of the text. In the film, Ender is already an older child and Hood speeds up the urgency of the battle for humanity so that our protagonist can remain the same age throughout the film. Read More
13 Critic Reviews

Don't expect originality of either content or style from Ender's Game and you won't be disappointed
Rashid Irani, Hindustan Times
0

The Last Starfighter meets Heart of Darkness in an efficient sci-fi adventure pitting a gaming geek against an alien invasion
Mark Kermode, The Guardian
0

The adaptation is a shallow sci-fi spectacle that almost makes you care
Marc Bernardin, The Hollywood Reporter
0

Harrison Ford plays his useful gruff and joyless self, a disappointing turn from a once great and charismatic actor who was evidently cloned sometime around 1990 and replaced with a charmless, yet efficient stand in
Ben Gourlay, TweakTown
0

The spectacular special effects, the deft storytelling and the strong ensemble performances, blend together to create a pretty remarkable movie that I believe both kids and grownups can appreciate
Kristy Puchko, Cinema Blend
0

Ender Wiggin’s timeline is changed drastically in the film. In the novel, we first meet Ender at age six and he progresses into young adulthood and then adulthood by the end of the text. In the film, Ender is already an older child and Hood speeds up the urgency of the battle for humanity so that our protagonist can remain the same age throughout the film.

The film is set in the future, but not a post-apocalyptic one as far as Earth is concerned.

Making it look as if the actors were weightless involved both physical and digital means. Mr. Butterfield and Aramis Knight were fitted with harnesses, and, with the help of cables and motorized arms, suspended above the ground. The astronaut Greg Chamitoff advised the filmmakers on how to move. Even so, Mr. Butler had to digitally manipulate some of the footage to make the movement feel more fluid and weightless.

Because the battle room scenes were often in low light, the filmmakers used the glow emanating from the stars to illuminate the actors. There are 2,000 individual LEDs inside those stars.

The large diamond-like metal objects that float in the battle room are called stars and are used strategically during the games, though in different configurations, depending on the challenge. The neon-looking triangles on each star sit underneath a handrail that cadets, like the one at near right, can grasp to steady themselves. Many of the stars were added digitally, but the team did build a few tangible ones. The crew built one for Ender’s friend Petra (Hailee Steinfeld) “that had a soft, rubberized surface so that they could slam Petra into it really hard for one shot. The others were made of real metal.

While the trailers for Ender's Game suggest this is an action-oriented story full of epic space battles, the book is actually much more psychological in their exploration of the lead hero and his rise through Battle School and Command School. One of the central themes the novel deals with is the idea of games. As mentioned, Battle School students encounter an advanced simulation called the Mind Game. Ender and other characters use games as a way of contextualizing their experiences and making sense of their very adult world.

'Ender's Game' is among the most expensive independent movies ever made, with a budget of more than $100 million.

'Ender's Game' is the anticipated big-screen adaptation of the popular 1985 book of the same name by Orson Scott Card.

In May 2013, several months before this movie was released, a group of LGBT genre fiction fans called "Geeks Out" launched a campaign called "Skip Ender's Game" that recommended a boycott of the movie due to source novelist Orson Scott Card's long history of extreme anti-gay views. Among his many other statements on the subject, Card once wrote an article in which he said, "Laws against homosexual behavior should remain on the books...to be used when necessary to send a clear message that those who flagrantly violate society's regulation of sexual behavior cannot be permitted to remain as acceptable, equal citizens within that society," and he served for many years as Board Member for the anti-gay group the National Organization for Marriage. When the boycott campaign gained some press attention and national traction in July 2013, Lionsgate and several people involved with the film's production, including Card himself, released statements about the boycott. All except Card said they disagreed with Card but urged people to see the movie anyway.

Special wheel harnesses that allowed free range in motion were fitted to actors, for filming of Battle Room scenes. Because these scenes are supposed to take place in a null gravity environment, the actors had to carefully choreograph their movements, to give the accurate illusion of floating. 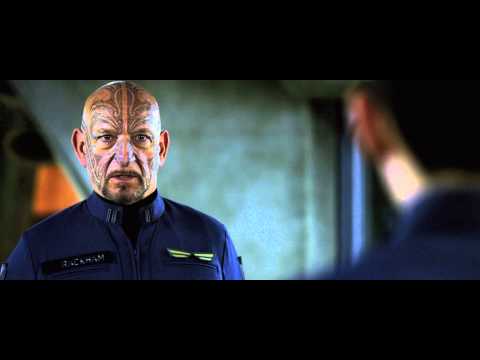 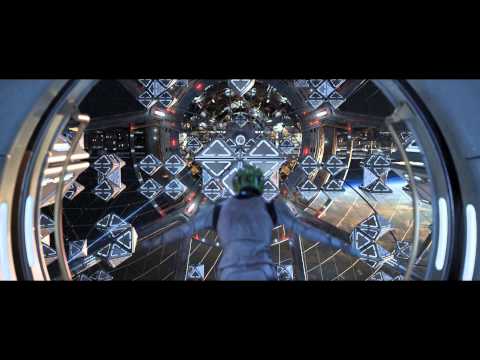 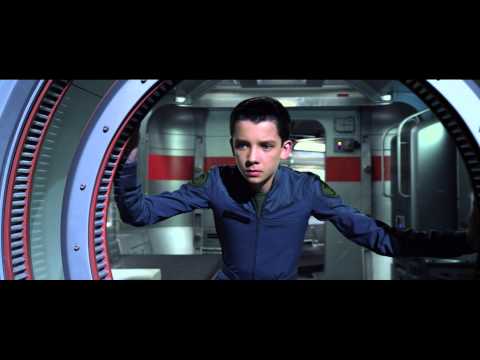 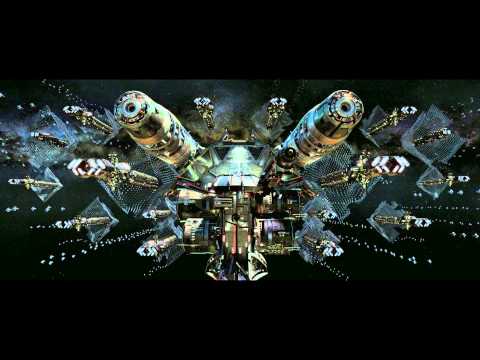 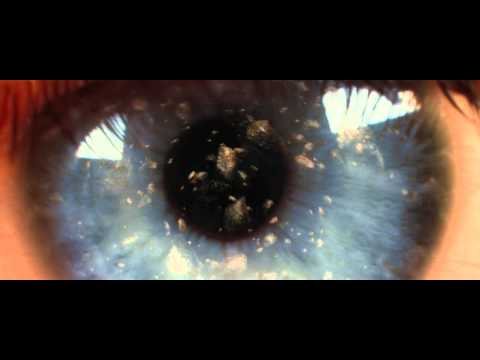 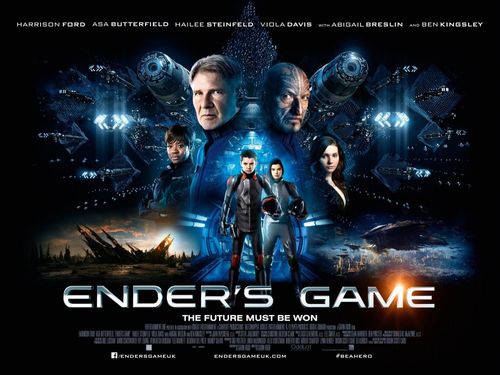 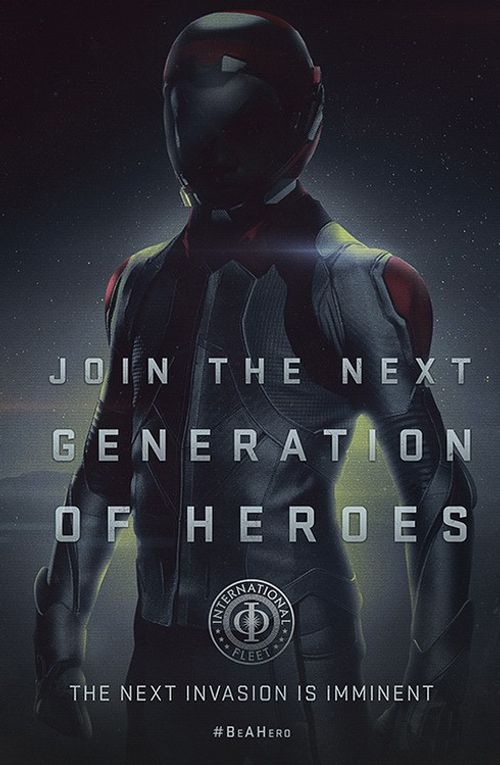 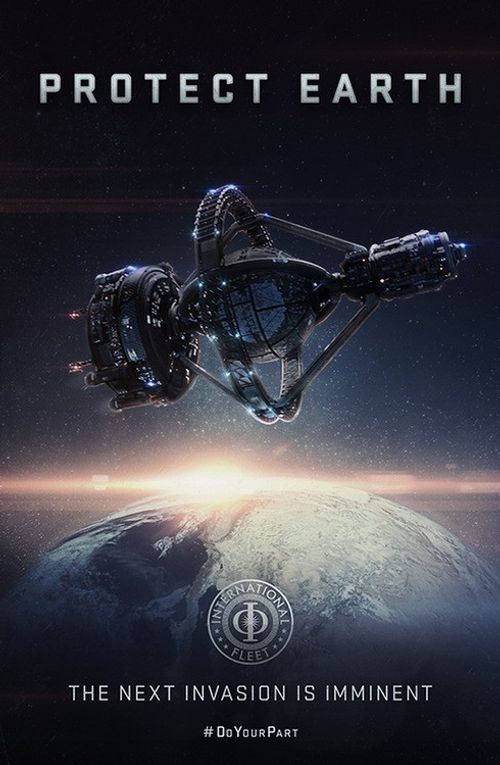 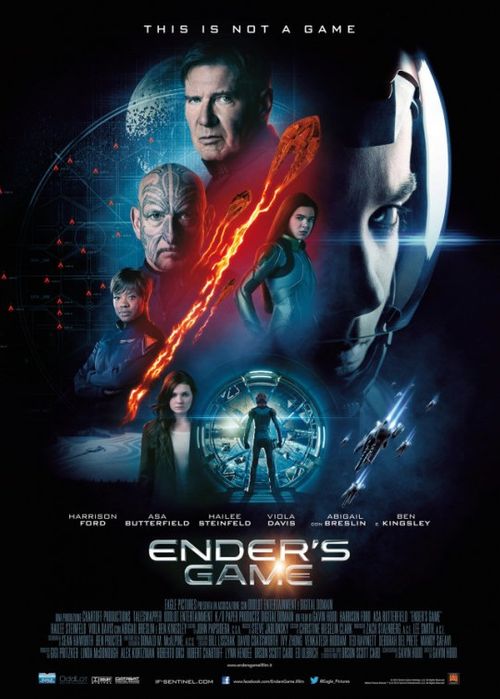 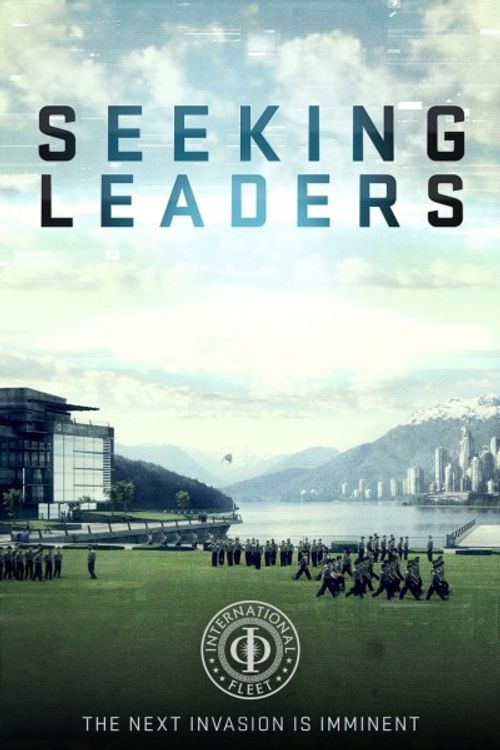 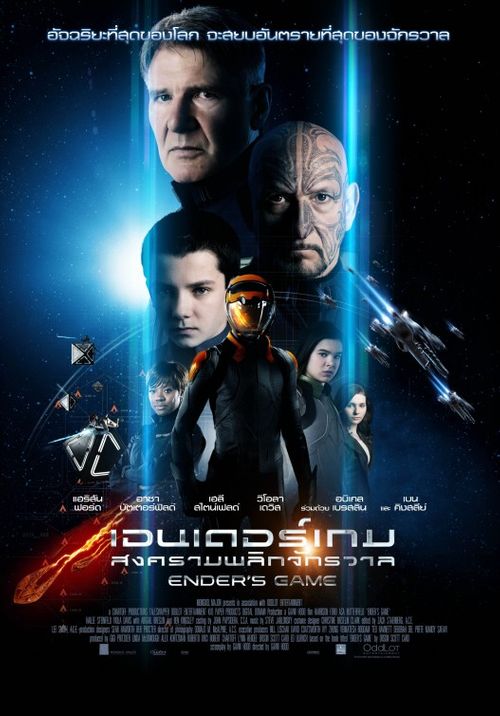 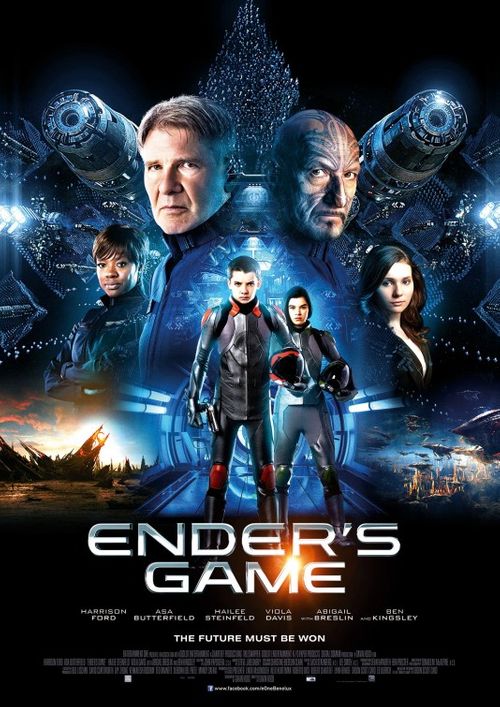 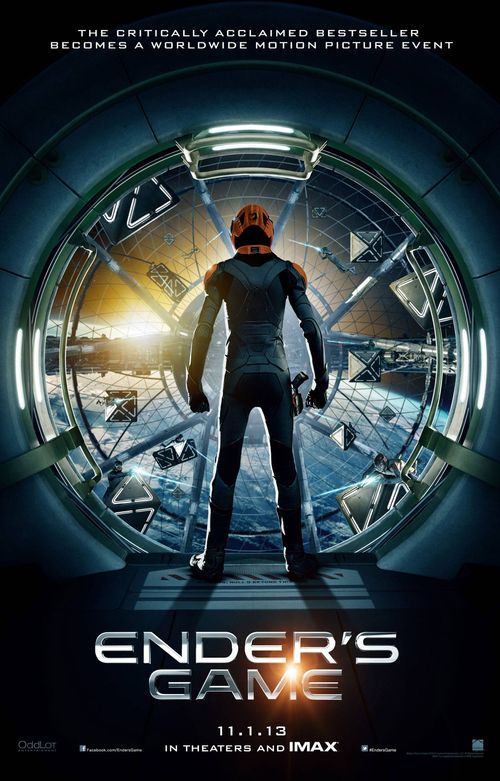 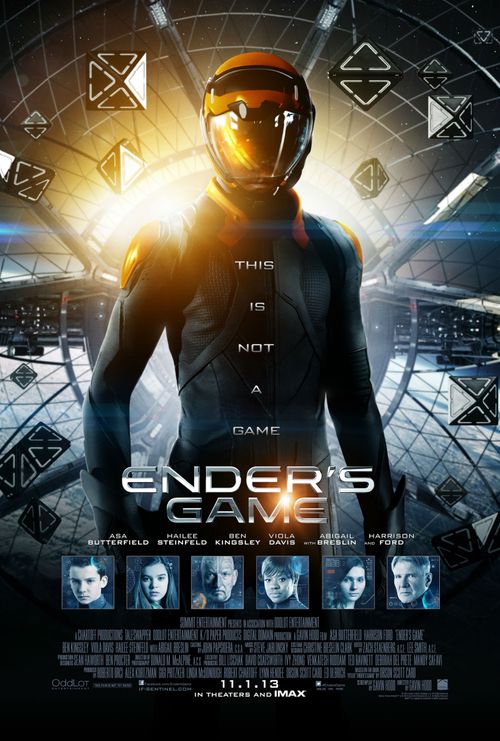 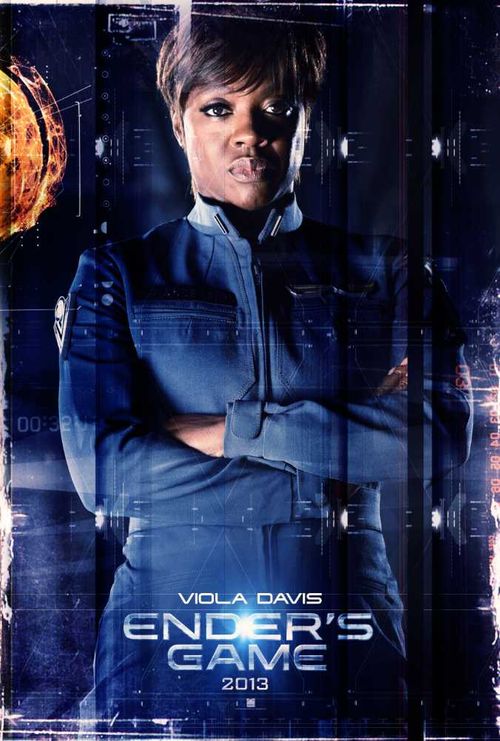 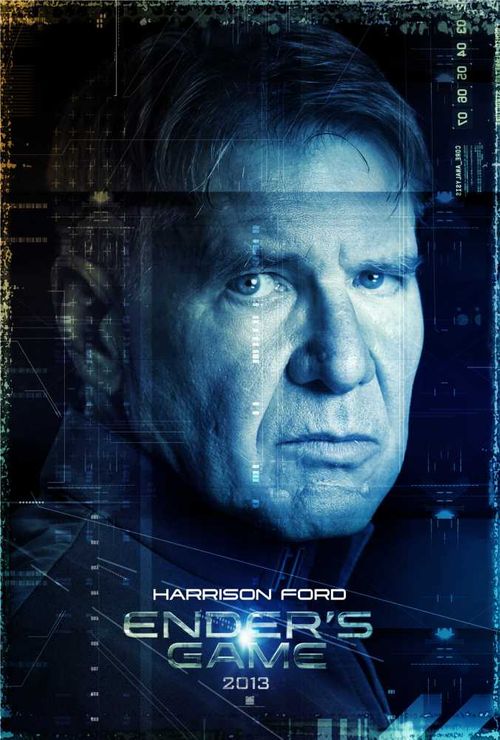 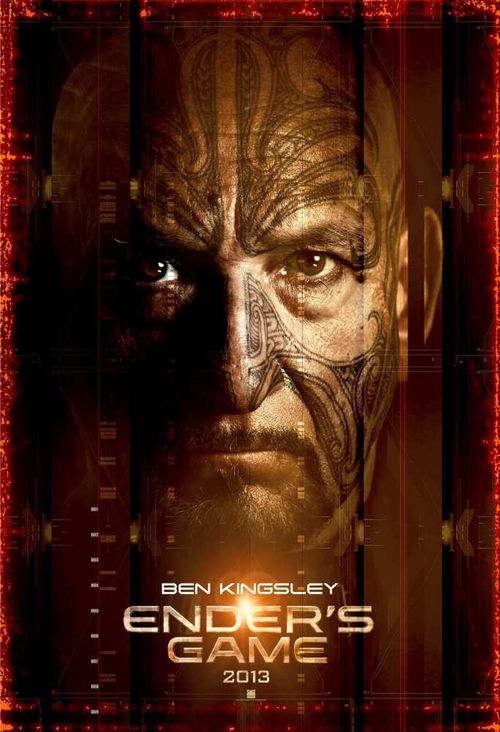 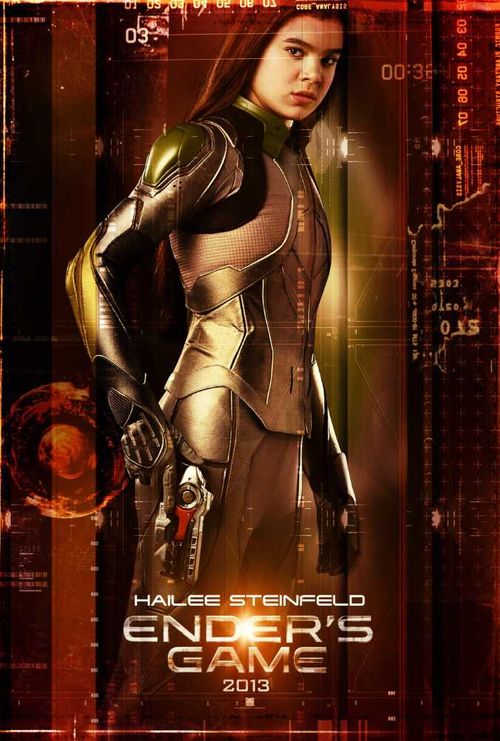 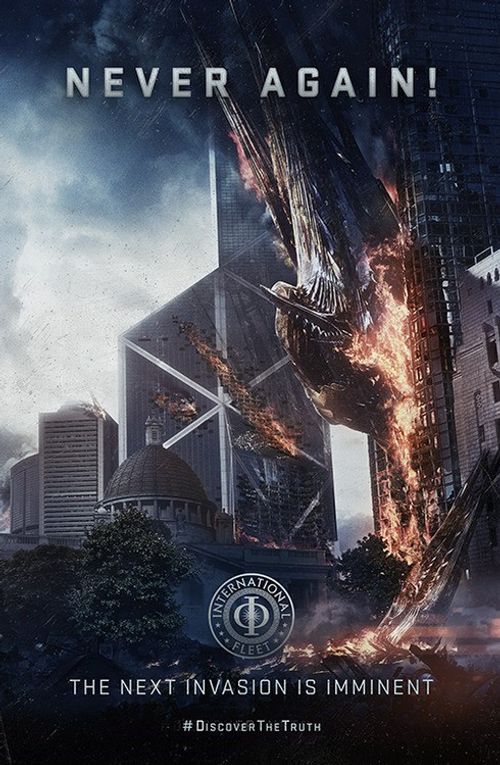 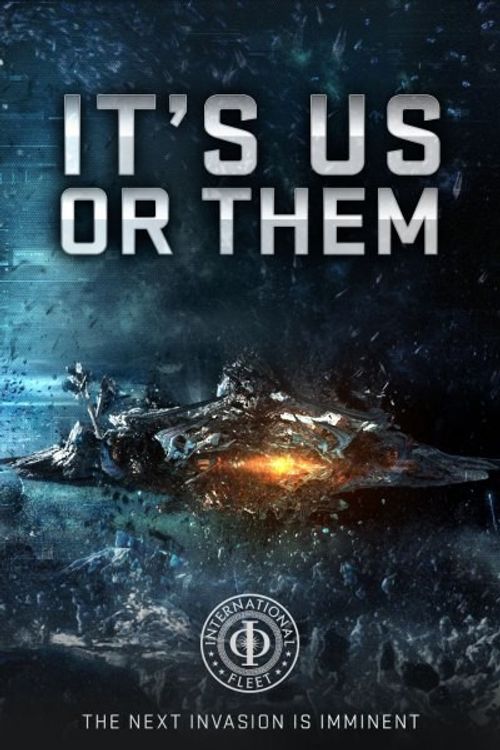 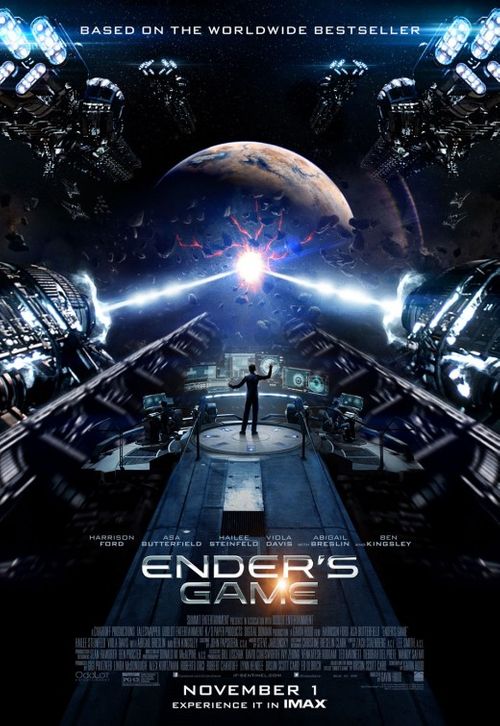 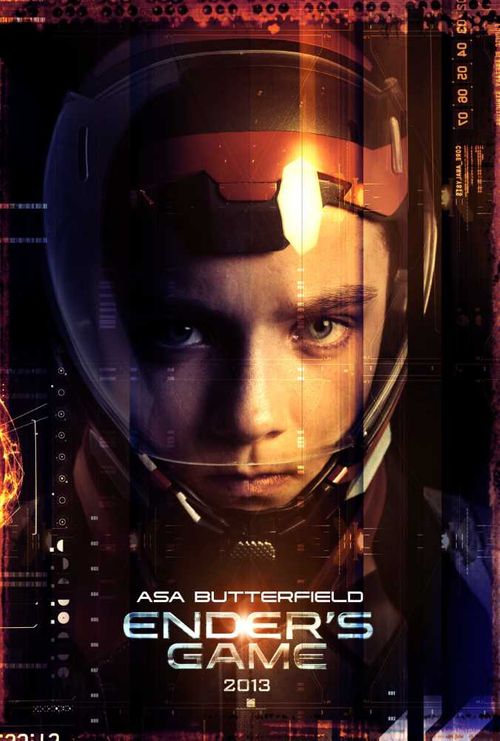 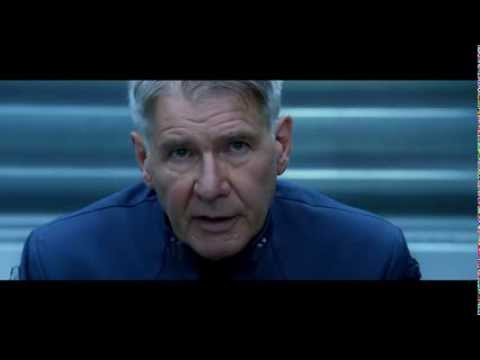 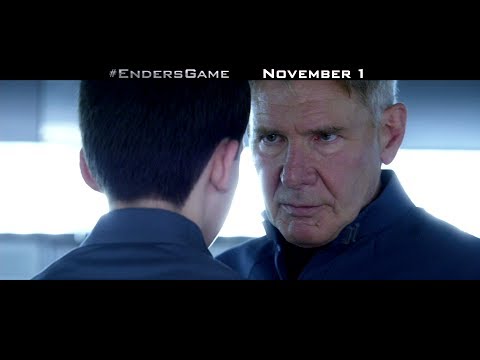 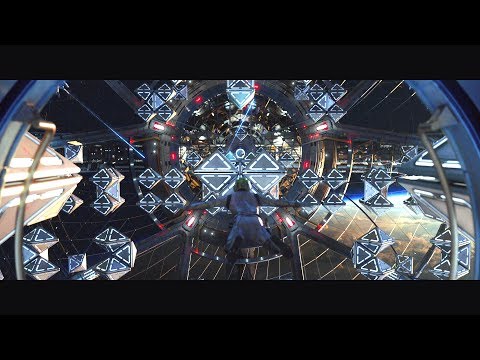 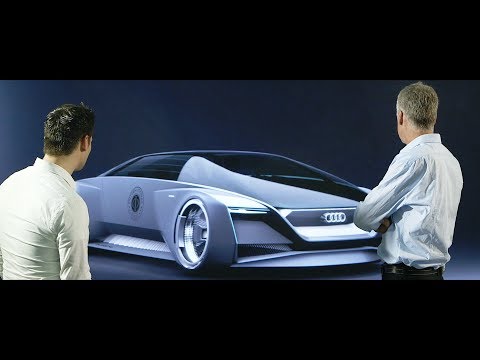