Cancel
Poor Raja opens a fast foot restaurant right opposite a five star hotel run by it's owner Singhania, earning his wrath. The wealthy hotel owner uses all his influence to remove Raja, but in vain. Things get worse for the wealthy man, when his daughter Kiran wants to marry the poor hotelier. The wealthy man refuses, leading to a confrontation and a condition - which Raja fulfills, he becomes rich virtually overnight, and proposes for the hand of Kiran. The wealthy hotelier reluctantly accepts him as his son-in-law, only to have Kiran elope with a man named Rahul.
See Storyline (May Contain Spoilers)

K.K. Singhania (Kader Khan) buys an expensive hotel "Maharaja International" from P.K. Diwani (Dinesh Hingoo). Later on, Singhania finds that a dhaba inside the hotel complex run by a petty guy Raja (Govinda) acts as a hitch to the earnings of the hotel. Hilarity starts henceforth, when every ploy used by Singhania to dislodge Raja's dhaba ends in a smoke.

Singhania's daughter Kiran (Raveena Tandon) is in love with a man named Rahul (Mohnish Behl). Rahul is financially aided by a confederate Bishambar Nath (Prem Chopra). At the same time, Raja develops a fascination for Kiran. Raja, who is already a thorn in Singhania's side, proclaims his love for Kiran before Singhania. He persistently begs Singhania for Kiran's hand only to be refused by Singhania.

However, Singhania knows that Rahul is a rogue whose pursuit is to lure young women and later abandon them after exploiting their wealth. So he warns Kiran not to marry Rahul. After a strife between Singhania and Kiran, the former says that Kiran is allowed to marry any man, be he a destitute or Singhania's enemy, without his refusal but Rahul.

One day, Raja knocks down the top floor of Singhania's hotel after Singhania tries to demolish his dhaba using a municipality bulldozer. Enraged at this, Singhania vehemently declares Raja as his greatest enemy. Kiran overhears this, and decides to thwart her father's decision that Kiran is allowed to marry any man, be he a destitute or Singhania's enemy but Rahul. She starts a mendacious love affair with Raja gaining the latter's affection.

The story takes a turn when Kiran dumps Raja and declares Rahul as her ultimate man. She departs for Rahul's home, and Rahul finds it a great opportunity to acquire Singhania's entire wealth as his daughter is now in his custody. He assaults Kiran, confines her in his home and demands Singhania by phone his entire wealth and property as a pay-off for his daughter's life.

Raja learns about Rahul's vicious plan and decides to rescue Kiran. He arrives at Rahul's house and hoodwinks him and his accomplices that they become hostile at one another. He beats up Rahul when Singhania arrives with some documents, apparently to transfer his entire wealth to Bishambar. Delighted at attaining Singhania's entire assets, Bishambar signs the papers without reading them, but later finds that they are not the property papers as he expected, but his confession of kidnapping Kiran and threatening her life. The papers further state his desire for his cloths and other belongings to be seized by his men forcibly. His men snatch away his possessions when police arrives and arrests Rahul, Bishambar and their associates.

In the final scene, Singhania, Kiran and Raja unite.

Based on 0 rating
Did you know? The film was initially titled Tu Haseen Main Jawan. Read More
0 User Reviews
No reviews available. Click here to add a review.
Cast

Mamta Kulkarni was signed for the film but opted out. 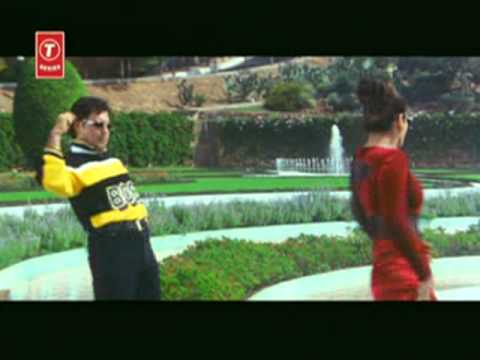