Cancel
A fearless orphan falls in love with a beautiful young woman from a wealthy, royal family. In order to show that he's also from an equally powerful family, he decides to get adopted by another royal family in search of an heir. What will he learn about the family's secrets and his own lineage? Will he succeed in proving his pedigree and marrying the woman of his dreams?
See Storyline (May Contain Spoilers)

Fast-paced and fiery, this family-oriented action thriller follows the fluctuating fortunes in the life of Rama Chandra (NTR Jr), an orphan who leads a simple life along with his friend (played by Ali). He falls in love with Sathya (Trisha Krishnan), who is a very wealthy girl. Sathya imposes a condition that Rama Chandra's family history and pedigree are very important. At this very moment, Rama Chandra comes to know that a prosperous and powerful royal family is on the lookout to adopt an heir and Rama Chandra seizes the chance.

However, once he goes there, he realises that things are not as simple as they seem. The family has a violent past and is involved in a bitter dispute with another powerful family (headed by Nassar). He also realises that thousands of people in the area are now dependent on him for their very survival. He also discovers that he is the real heir to the family.

Rama Chandra does not like violence and he tries his best to solve the problems peacefully. But the rival gang does not give him a chance. Vexed with the violence Rama Chandra kills Nasser's two sons and opens eyes of Nasser by placing a sword on Nasser's third son. In climax, Nasser realises that he was wrong and apologizes to all. Rama Chandra becomes the hero of the village.

Based on 2 ratings
0 user 0 critic
Did you know? Shruti Hassan, who was originally signed to play the female lead, walked out citing date issues. Later, the producers approached Kajal Aggarwal who also couldn't accommodate bulk dates for the film. The producers finally settled on Trisha Krishnan as the first female lead. Read More
0 User Reviews
No reviews available. Click here to add a review.
Cast

Shruti Hassan, who was originally signed to play the female lead, walked out citing date issues. Later, the producers approached Kajal Aggarwal who also couldn't accommodate bulk dates for the film. The producers finally settled on Trisha Krishnan as the first female lead.

This film was dubbed in Tamil as 'Singamagan' and in Hindi as 'Dhammu'. 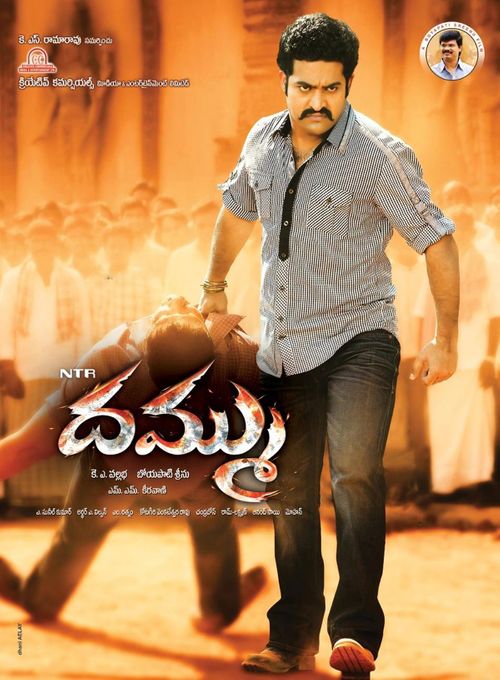