Cancel
Wealthy Anjali falls in love with poor Dev, both want to get married, but Anjali's family objects and instead get her married to equally wealthy Ram, who lives with his uncaring step-mother and siblings. Anjali finds out that Ram is not respected, but does not care as she does not love him. Ram continues to be affectionate toward her and his family, but Anjali cannot get Dev out of her mind. Then things change, when Ram decides to assert himself and asks his family to leave him and his wife alone. Anjali starts warming up to Ram, when Dev shows up - this Dev is not the poor Dev that Anjali once knew, this Dev is a multi-millionaire, scheming, and devious, and a Dev who will try to win Anjali over by hook or by crook.
See Storyline (May Contain Spoilers)

Dhadkan is about Anjali (Shilpa Shetty), a young woman who hails from an extremely rich and influential family. Her father Mr. Chauhan (Kiran Kumar) is a renowned businessman and has many dreams for his daughter. Anjali is in love with Dev (Sunil Shetty) who is very poor and often cannot even afford to clothe himself properly. Dev loves Anjali and wants to marry her — so he has to meet her father.
When Anjali puts forward to her parents the proposal of marrying Dev, she is rebuked and gets an outright refusal. Moreover, her parents have chosen for her a wealthy suitor from Delhi. Not wanting to hurt her parents Anjali finally gives in and marries Ram (Akshay Kumar) who her parents believe will be a perfect match for her.
Ram is a man of great ideals, who believes in giving a rightful place to his wife and respects her sensibilities. Despite this, he is unable to win Anjali’s love at first and their marriage remains on the edge. However, after seeing the magnanimity of her husband’s heart in forgiving and accepting her, she realises she has fallen in love with him.
Anjali leads a life of bliss and becomes an ideal wife. But suddenly, at their third wedding anniversary party, Dev returns and reveals his intent of winning Anjali back. Dev is now a wealthy businessman, and Anjali finds herself at a crossroads where she has to fight for her husband with her former love. Anjali is in love with her husband and has no wish to return to her former lover. When she tells him this, he sets out to ruin Ram's business. But the truth wins in the end when Anjali tells Dev she is pregnant with Ram's child. Dev realises his folly and decides to marry his friend and business partner Sheetal Varma (Mahima Chaudhary) who has secretly loved him for a long time.

Based on 0 rating
0 user 0 critic
Did you know? Sunil Shetty's performance in the film won him the Filmfare Award for Best Villain. Read More
0 User Reviews
No reviews available. Click here to add a review.
Cast

Continuity
Actress Navneet Nishan is initially shown as Ram's step-sister. However, she only appears briefly during the wedding song sequence after which another actress portrays the role of Ram's step-sister.
Trivia:
Music directors Nadeem–Shravan made a comeback with this film.

Akshay Kumar and Shilpa Shetty were dating during the making of the film.

Sunil Shetty's performance in the film won him the Filmfare Award for Best Villain.

The film was delayed for about four years. 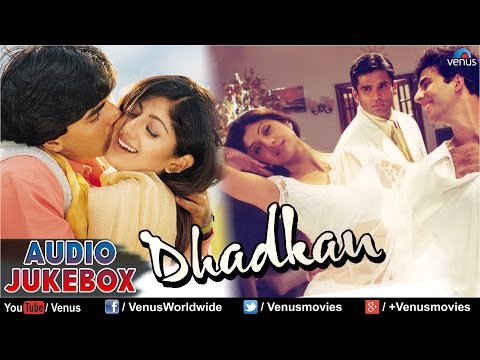