Cancel
Conrad Birdie, arguably the biggest rock and roll superstar in the world, has just been drafted, which brings his legion of teen-aged female fans marching in the streets in protest. One other person not happy about Birdie being drafted is struggling songwriter Albert F. Peterson, a mama's boy of a man who was finally going to hit the big time when one of his songs was to be featured in a Birdie movie. Rosie DeLeon, Albert's long suffering secretary and fiancée of six years, pitches an idea to Ed Sullivan: have Birdie appear on his television program, The Ed Sullivan Show (1948) kissing one of his fans as a symbolic goodbye to all his fans, while he sings a yet to be written song by Albert to be called "One Last Kiss". Sullivan buys the idea. Rosie is hoping that this move will bring financial security to Albert, who will then be able to support his mama, ex-vaudevillian Mae Peterson who wanted Albert to go into show business instead of his want to become a bio-chemist, and marry her (of course if Mama allows the marriage, she who doesn't even know they're engaged). The fan chosen is Kim McAfee of Sweet Apple, Ohio. Up until being chosen as the recipient of Birdie's kiss, Kim's sole focus in life was being pinned by her boyfriend, Hugo Peabody. Birdie's presence in Sweet Apple brings up many issues which may thwart Rosie and Albert's plans, including a jealous Hugo, an exasperated Harry McAfee (Kim's father), and a ballooning line-up on the show, all these problems which Rosie and Albert try to manage. The ultimate problem may be outside of Rosie and Albert's control, except for a little assistance of some bio-chemistry hopefully to solve the problem. Regardless, Rosie, in the end, may only be able to take so much of Albert siding with Mama instead of her.

Tagline: The Most Wonderful Entertainment Ever! Ever!

Based on 0 rating
0 user 0 critic
Did you know? Dick Van Dyke and Paul Lynde, both veterans of the 1960 Broadway hit, were displeased with the film version. Van Dyke especially felt it had become too much of a vehicle for Ann-Margret. Read More
0 User Reviews
No reviews available. Click here to add a review.
Cast

Crew/Equipment Visible
After Albert gives the pet turtle the initial version of the "Speed-Up" drug and the turtle speeds across the floor, then up the steps to the front door, reflections of the teens entering the door can be seen in the glass plate that they used to allow the turtle to get up the stairs.

Revealing Mistakes
In the long pan shot of the town square after Birdie sings "Honestly Sincere," a single "fainted" dancer sits up to see if the shot is over and then quickly flops back down again.

Revealing Mistakes
The turtle that zooms off a table and out a door is clearly a prop mounted on top of a dolly several inches thick that holds the turtle above the table and floor. The prop must have wheels as it slides so smoothly across the floor.

Continuity
After Rosie pulls the McAfee family out of the audience at The Ed Sullivan Show, two different shots of the Russian conductor show the McAfees still sitting in the audience.

Continuity
When Rosie pulls the Shriners under the table, she comes up wearing all their hats, but they still have their hats on when they emerge.

Continuity
When Rosie originally confronts the Shriners, she twirls her shawl and tangles her hands in the ends. Viewed from the side, her hands are untangled and the shawl hangs freely at her sides.

Continuity
After singing the final line of "One Boy," Rosie sits down on the balcony steps and wraps her arms around a support post. As the camera pulls away near a tree branch, the film cuts to a different take and Rosie's hands aren't in the same position as they were a split second before.

Crew/Equipment Visible
When the turtle accelerates up some steps and out of an open door, you can see a clear ramp over the steps that allowed the turtle prop to slide cleanly up and out.
Trivia:
Conrad Birdie was a parody of Elvis Presley and the play was based upon the furor that arose from Presley being drafted in 1958. The character's name, however, was the result of composers Charles Strouse and Lee Adams finding the name of real-life singer Conway Twitty far more humorous and safer to parody than Elvis. Interestingly, Conway Twitty was in the US Army first, before starting his singing career. Ironically, the show's producers originally wanted Presley for the role of Conrad Birdie. Presley was interested, but his manager, Colonel Tom Parker, refused to let Presley play a role spoofing himself.

Despite portraying the mother of Dick Van Dyke's character in the film, Maureen Stapleton is just six months older than Van Dyke.

Dick Van Dyke and Paul Lynde, both veterans of the 1960 Broadway hit, were displeased with the film version. Van Dyke especially felt it had become too much of a vehicle for Ann-Margret.

Director George Sidney was so taken with the talent of Ann-Margret that when the film was edited he went to Columbia's executives and proposed the opening and closing bumpers that would showcase her. They refused to pay for any additional filming so Sidney rented the studio and crew at his own expense. He then asked the composers to come up with a title song. Ann-Margret's skirt-flipping/hair-tossing rendition of the song was filmed six months after principal photography was completed at a cost of $60,000, which was repaid to Sidney after the movie, and Ann-Margret, became a sensation.

The song that made Dick Van Dyke's career, "Put on a Happy Face", was unsuccessful in early showings of the musical and almost cut from the production.

The original Broadway production of "Bye Bye Birdie" opened at the Martin Beck Theater on April 14, 1960, ran for 607 performances and won the 1961 Tony Award for the Best Musical. Dick Van Dyke recreated his 1961 Tony Award winning performance for Best Featured Actor in a Musical in this filmed production. 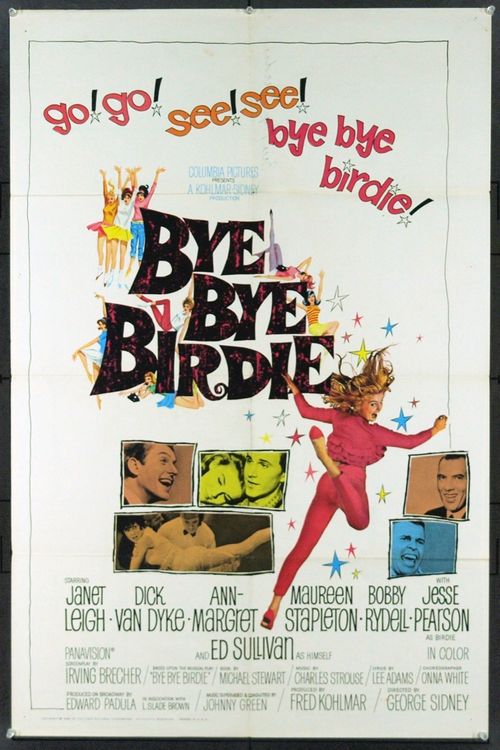 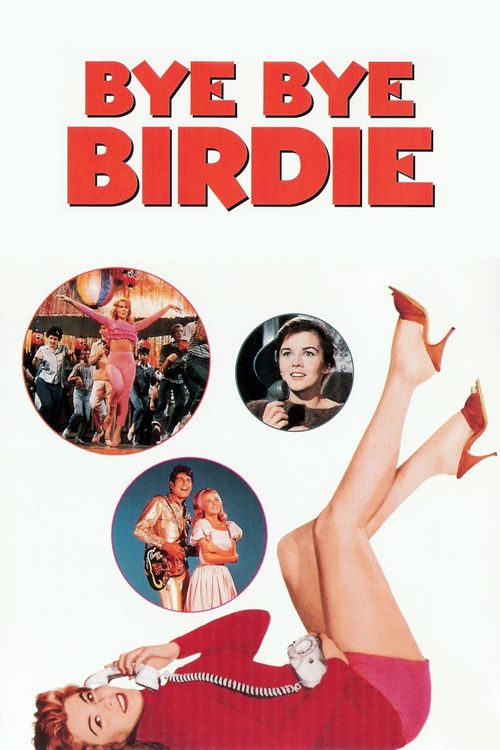 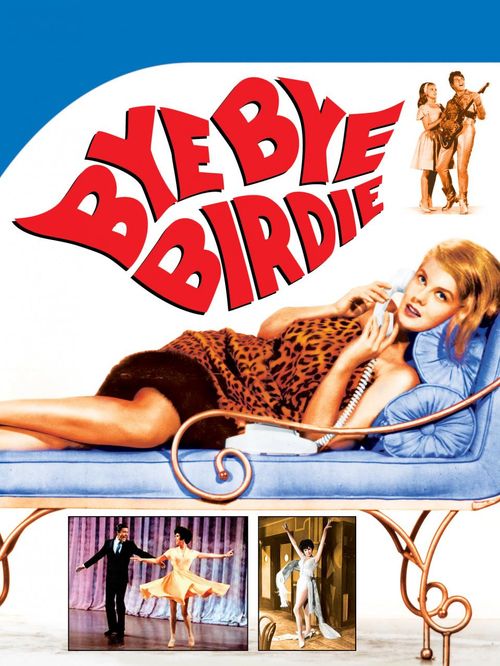