Cancel
Police arrest and interrogate a suspect for arranging and carrying out multiple terrorist attacks in the city.
See Storyline (May Contain Spoilers)

Momil Kamil Kasaab takes over a boat in the Indian Ocean, slays the owner, and he, along with 7 heavily armed men, land on a beach in Mumbai, India. They subsequently form groups of two, and launch terrorist attacks on an unsuspecting city and its' residents. The first explosion takes place in a taxi-cab that was on its way to the airport, followed closely by numerous people getting killed in the Chatrapati Shivaji Terminal, as well as in Colaba, and two restaurants. Police, unprepared and taken by surprise, swing into action, and manage to arrest Kasaab, while numerous officers are killed trying to subdue his associates. The investigating officer starts to question an uncooperative and unrepentant suspect - who refuses to divulge any information - and believes that he is on a mission of Jihaad - while the victims and their families, many of them of the Muslim faith, attempt to deal with their respective losses. 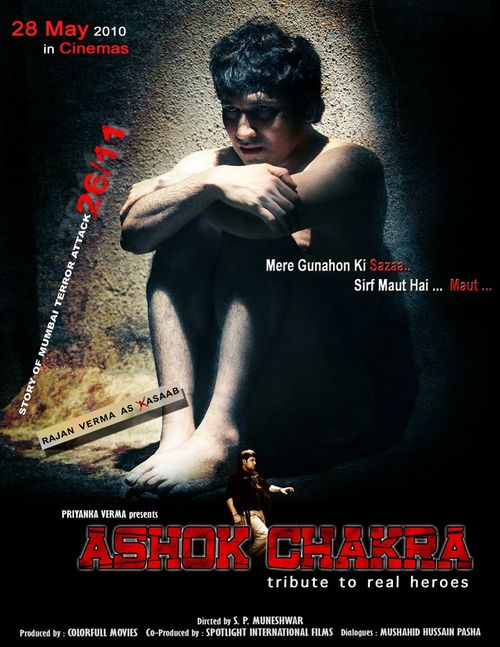