Cancel
Inder Malhotra (Kharbanda), a fashionable film-maker, is married to Pooja (Azmi) when he starts an affair with film star Kavita (Patil). Pooja leaves him and experiences the social insecurities of a single working woman. Her dilemmas are highlighted by the parallel story of her cleaning lady (Hattangadi) who, abandoned by her husband, kills him and is arrested. Kavita, who suffers from guilt and eventually succumbs to schizophrenia, leaves Inder. Bhatt’s breakthrough film benefited both from gossip suggesting, with Bhatt’s assistance, that it was autobiographical, and of a much- publicised rivalry between actresses Patil and Azmi. Bhatt continued producing sensationalised versions of wicked upper-class Bombay life, peppered with inane talk about art cinema (as in this film’s party sequence), paralleling e.g. gossip columnist Shobha De’s novels set in the film and advertising industries.
See Storyline (May Contain Spoilers)

Pooja (Shabana Azmi), who grew up as an orphan girl and always dreamt of owning a house, becomes insecure when she finds out that she and her husband, Inder (Kulbhushan Kharbanda), have to leave the apartment they rent. The twist that occurred when Inder gives her the keys of a new house proves to be double-edged, when it is revealed that he is in love with another woman, Kavita (Smita Patil), with whom he earned the money (in the film industry) for the new apartment. While previously giving advice to her maid (Rohini Hattangadi) cheated by her husband, now Pooja becomes herself involved in a similar situation. When Inder deserts Pooja for Kavita, she chooses to leave the apartment for a women's hostel with only INR2000 that she had when she got married. She is helped by Raj (Raj Kiran) to surpass the difficulties of life as a single person, to find a job and to rely morally on herself. Raj and Pooja become good friends. Gradually, Kavita's mental instability deepens her fears of insecurity, even after Inder requests Pooja to sign the divorce papers.

Raj falls in love with Pooja and proposes to her. She refuses saying she is empty and cannot give him anything. Raj tries to persuade her saying that she cannot spend the rest of her life feeling miserable about the past and that she should try to find a new life for herself. Pooja promises to think about it.

Pooja's maid, whose only aim in life is to secure a good education for her daughter, has saved INR1000 towards her admission fees. She finds out that her drunk husband has stolen the money. Furious, she searches for him to find him in the arms of his lover after spending all the money. She kills him and goes to the police station and confesses her crime. Worried about her daughter, she calls Pooja who promises to take care of the daughter.

After the insistence of Kavita's mother (Dina Pathak) and her personal doctor (Om Shivpuri), Pooja personally assures Kavita that she is not interested in Inder any more. However, Pooja's attitude only convinces Kavita that breaking Pooja's marriage was a mistake. To escape from her feeling of guilt and insecurity, she breaks-up with Inder. The latter tries to revive his relation with Pooja, but is rejected.

Pooja continues to live with her maid's daughter and refuses to marry Raj saying that she has found a new meaning to life in being independent and being a mother to the child and marrying Raj will only weaken her.

Based on 0 rating
0 user 0 critic
Did you know? This Film is based on the relationship between Mahesh Bhatt and Parveen Babi. Read More
0 User Reviews
No reviews available. Click here to add a review.
Cast 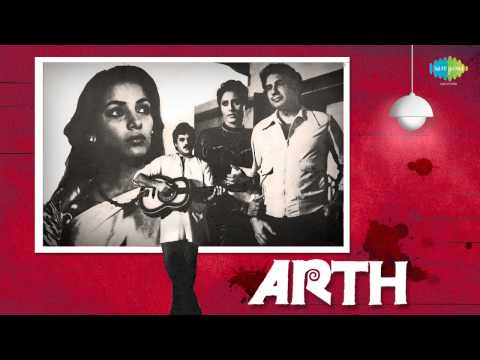