Cancel
A teenage girl with nothing to lose joins a travelling magazine sales crew, and gets caught up in a whirlwind of hard partying, law bending and young love as she criss-crosses the Midwest with a band of misfits.
See Storyline (May Contain Spoilers)

Star (Sasha Lane) is a teenager living in Muskogee, Oklahoma. She takes care of two younger children while being sexually assaulted by their father (Johnny Pierce II). While trying to hitchhike home she spies a car full of teenagers and makes eye contact with Jake (Shia LaBeouf), one of the boys.

She follows them to a local K-Mart, and returns Jake's phone after it falls out of his pocket. He kisses her on the cheek and tells her to come with him to Kansas, where he will offer her a job. Star declines but Jake nevertheless tells her to meet them in the parking lot of the local Motel 6.
Star changes her mind. Packing her belongings, she takes the children she watches to the club where their mother (Chasity Hunsaker) dances, telling her it is her turn to care for them. Though the mother refuses, Star runs away from the club and sleeps outside the van of the strangers till morning.
Jake is delighted that she came. She is interviewed by Krystal, who runs the entire crew, and who hires her after she establishes that Star is 18, no one will miss her, and that Star promises to work hard.
In the car on the way to Kansas, Star meets the other members of the crew including Pagan (Arielle Holmes) who is obsessed with Star Wars, in particular Darth Vader, and death.
The crew breaks up into groups of two to sell magazines door to door. Since Star is new, she is paired with Jake, the veteran of the group. Star finds it difficult to sell as Jake lies to a potential customer (Laura Kirk) in order to make sales. She also distracts Jake by flirting and eventually kissing him.
Krystal calls Star in, and tells her that Jake has posted his lowest sales ever. She has Jake put tanning lotion on her body as Star watches. Star promises to improve.
The following day, annoyed by Jake, Star vows to outsell him. She is picked up by three strangers in cowboy hats who offer to help her, thinking she is being harassed by Jake. They bring her to their home and offer to buy several magazines if she drinks the worm at the bottom of a bottle of mezcal. Star does, and makes the sale. Jake however, fearing the worst, arrives and threatens the men with a gun before stealing their car. Initially angry at Jake, Star is later touched that he came to find her and the two have sex. When they return to the hotel for the evening, Jake tells her not to mention their relationship, and then gives the money Star earned to Krystal.
For a while things between Jake and Star are tense, and Krystal threatens to drop her on the side of the road if she keeps causing trouble. The crew ends up living temporarily in a rundown house, and Jake and Star renew their relationship. She asks him what his dreams are, and he shows her his private stash of cash and gold, items he's stolen from the houses he visits, which he intends to use to buy a home.
Krystal dumps the girls off where oil workers are about to go to work in the morning. Star climbs in the back of their truck and tries to sell them magazines, but one of the oil workers tells her he'll pay her five hundred dollars to go on a date with him. Star asks for a thousand, and prostitutes herself for the money. After the man drops her off she hears him being attacked. Shortly after, a bloodied Jake asks her if she was hurt by the man and later asks if she slept with him. He throws a fit, smashing the belongings in the house before running off.
The following morning the crew get in the car and there is a new girl there, while Jake is missing. Krystal calls Star to her room and informs her she has let Jake go and that she paid him money for each girl he recruited and that he slept with all of them. Krystal later takes them to a poor area in Rapid City, South Dakota, to sell magazines. Star enters a house and meets several affable children whose mother is on drugs. As Star's own mother died of meth she feels sympathetic towards them, and goes out to buy them groceries. At the pickup that day Jake is in the van and Star is confused as to whether to be happy to see him or not.

That evening the crew light a bonfire and celebrate. Dancing around the fire Star is pulled aside by Jake who privately hands her a turtle. Star takes it to the edge of the water and releases it before following the turtle into the water. She immerses herself fully before rising out of the water.

Based on 0 rating
0 user 14 critic
Did you know? American Honey was selected for the 47th International Film Festival of India (IFFI), held in Goa. Read More
14 Critic Reviews

“American Honey” is a beautifully crafted film, and a good film, that possibly could have been a great film with the right editing
Michael Smith, Tulsa World
0

A searing story of a new generation of drifting youth
Pete Hammond, Deadline
0

It’s a movie as vast and frustrating and beautiful and tragic as America itself.
Jacob Hall, Slash Film
0

Will Patton
as Backseat
Crew 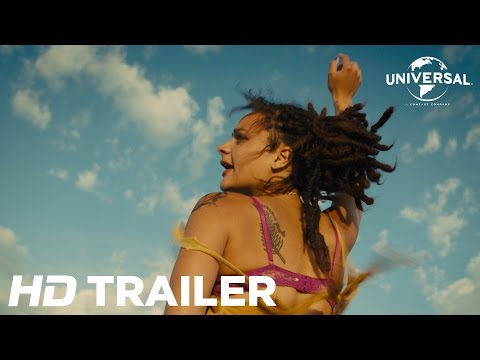 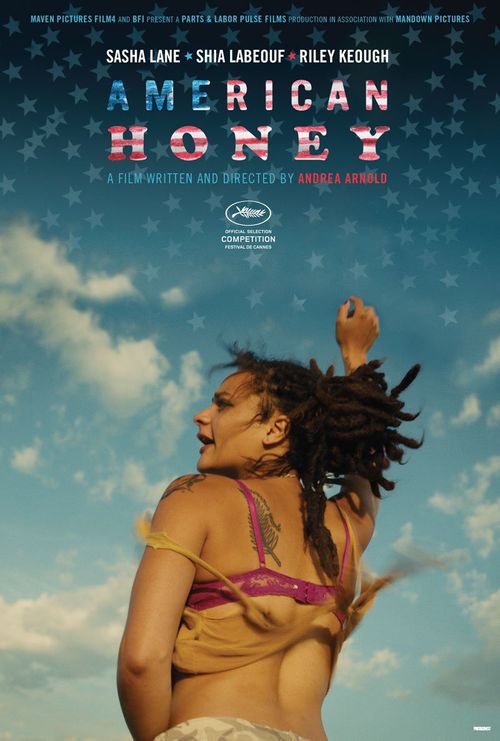 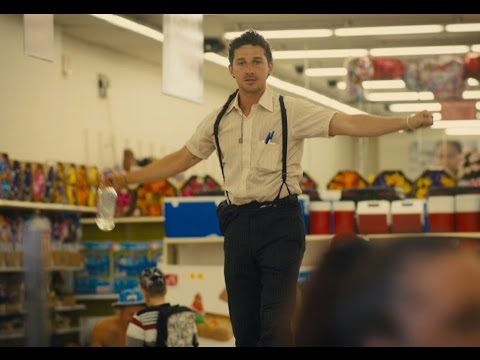 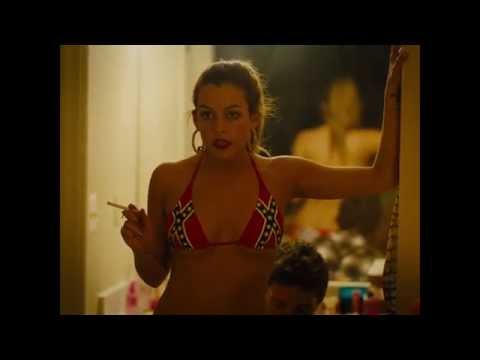 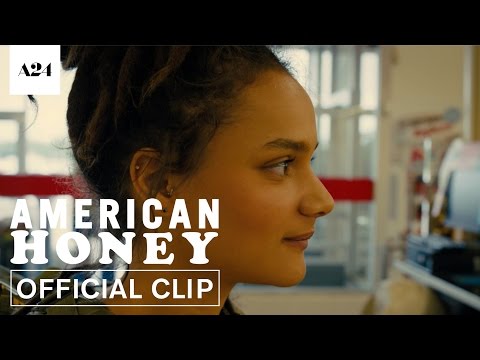 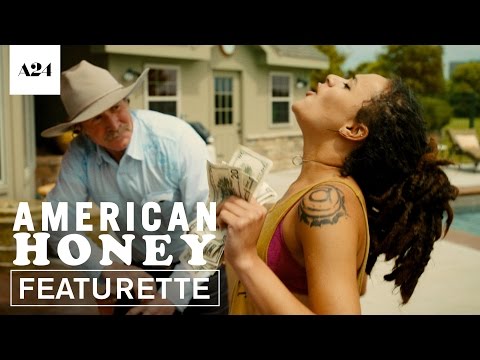 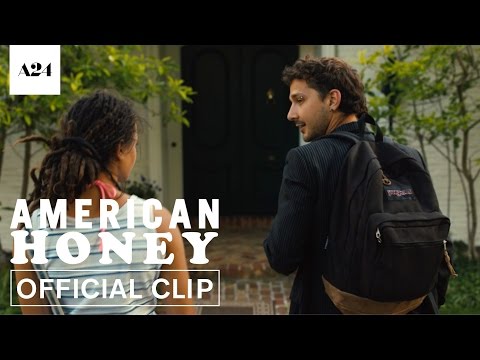 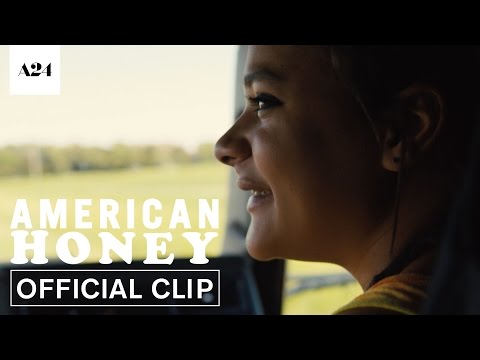 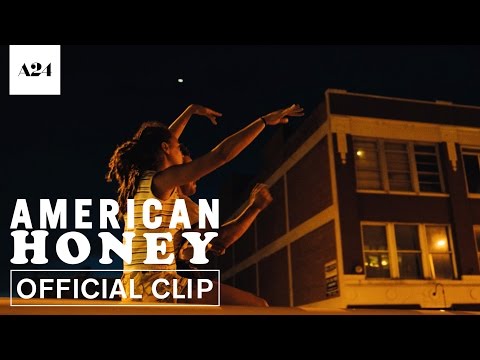 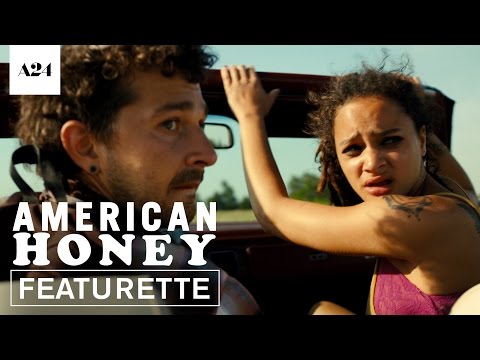 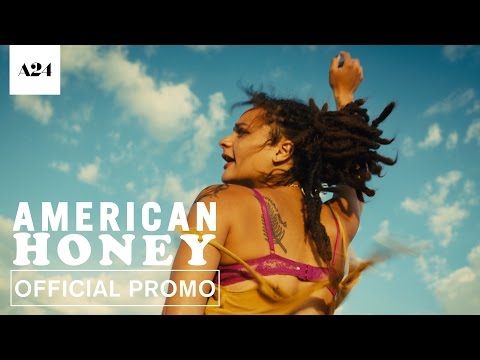