Cancel
As humans encroach more and more upon forests and wild areas, wild animals begin to come into contact with us, an eventuality that most often ends badly for the animal. Based on true events, this thrilling drama brings to life a pioneering project in Maharashtra in which a leopard was collared for the first time ever, providing illuminating data about these mysterious animals. This tale depicts the big cat's big adventure from Malshej to Mumbai in 29 days: Ajoba the leopard’s ambitious trek. Ajoba was rescued from a well and a tracking device was fixed on his neck, before being released back into the wild. He turned out to be one adventurous cat, as he made his way to Mumbai over the Sahyadris, i.e. A cool 120 km.
See Storyline (May Contain Spoilers)

His teeth were yellow, the canines were blunt; the leopard was in his prime. In late April 2009, while in hot pursuit of a dog, the cat fell into an open well in the agricultural farmlands of Takli Dokeshwar, north of Pune. Help arrived on the third night, when Forest Department staff lowered a ladder. The feline gingerly walked up and straight into a cage. Vidya Athreya, a researcher, collared the leopard with a GPS transmitter before he was released 60 km. away at the foot of Malshej Ghats. For the next year, the collar would send text messages of the cat's whereabouts.

That was how Ajoba became the first subject of a research project on farmland leopards. Vidya expected him to make a beeline for the fertile farms and prowl amongst the fields of onions, cauliflower and sugarcane. Instead, he began climbing up the hills. That was odd. Then Ajoba disappeared for three days. When the text messages resumed, he was on the other side of the Ghats, down in the Konkan and across the busy Mumbai-Agra highway. “What is he doing?” Vidya wondered in an email. Her heart was in her mouth when he crossed the Kasara railway station, the last stop for suburban trains from Mumbai. If he suffered even a minor mishap, it could be bad for the cat and the research project.

By the end of the third week, he had reached the Vasai Industrial Area, a vast spread of factories and buildings, on the outskirts of Mumbai. There was every chance that someone would spot the intruder and raise an alarm. Vidya was on tenterhooks. Older animals like Ajoba do not usually wander far from their established territories. So why was he walking purposefully westward? The following week, Ajoba was in Nagla Block of the Sanjay Gandhi National Park, in Mumbai. When two weeks passed and he stayed in that area, Vidya thought he had settled down. Ajoba had walked 120 km. in three-and-a-half weeks. Then he swam across the Ullas river, entered the main park area for a three-day sojourn, and returned.

Three weeks later, the GPS transmitter went dead. Perhaps the river crossings had shorted the circuitry. It's possible that Sanjay Gandhi National Park was Ajoba's original home. In an effort to reduce leopard numbers in the park, he may have been moved to Malshej Ghats. But for the GPS tracker, we'd never have known about Ajoba's remarkable journey. He was close to people on several occasions, yet no one noticed him nor did he harm anybody. Ajoba was a scientific pioneer, one who showed us that leopards are not jumpy, nervous animals, lashing out at humans at the slightest provocation.

Two-and-a-half years later, on Thursday night last week, a leopard was found dead, the victim of an accident, on the high-traffic Ghodbunder Road, about 12 km. from Nagla. Perhaps he misjudged the speed of the vehicle or was blinded by its headlights. Had there been an underpass to avoid crossing the treacherous road, he might still be alive. As is normal practice these days, the officials scanned him for a micro-chip. It read 00006CBD68F. Ajoba.

Although not entirely, the real shots of a leopard interspersed with a CGI version of the same and nicely worked out scenes put the message of wildlife conservation through to the viewer
Mihir Bhanage, The Times of India
0 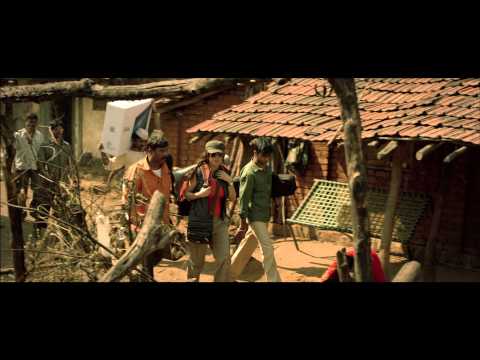 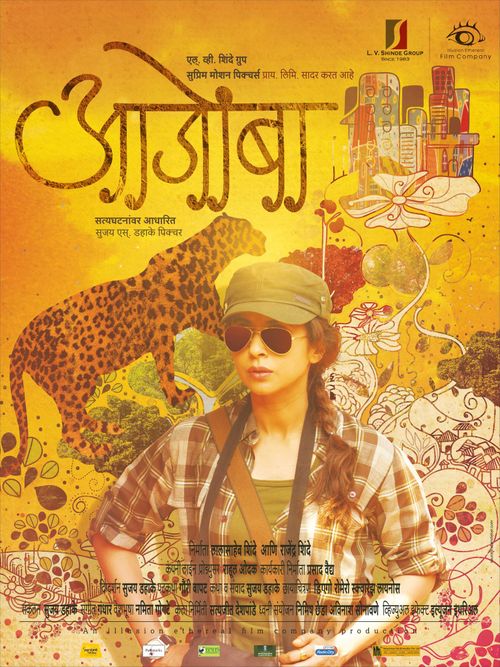 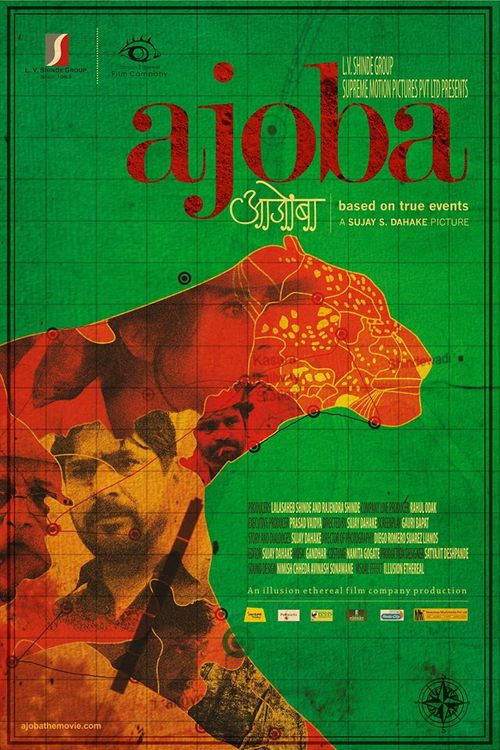