Cancel
Survivors escape to a deserted atoll after a Semester at Sea ship is sunk by a mutated two-headed shark. But when the atoll starts flooding, no one is safe from the double jaws of the monster as it eats fresh delicious women and men.

Based on 1 rating
0 user 0 critic
Did you know? Originally they wanted the shark to have the second head connected to the forehead of the other. But Cleve Hall who built the shark thought it would look better if it was 2 separate heads. Read More
0 User Reviews
No reviews available. Click here to add a review.
Cast

Revealing Mistakes
When they are showing the gasoline barrel in the final scenes it clearly has a cardboard top.

Revealing Mistakes
In several attack scenes, the shark's teeth can be seen to be bending, folding or flopping about in a non-teeth-like manner.

Continuity
The 2-Headed Shark's heads change size depending on water level and enemy.

Continuity
When Anne and the professor are running from the shark and the collapsing island, they switch positions, from behind one another to in front of one another, continuously between cuts.

Continuity
When the megamouth shark is being moved from the bow of the ship by Professor Babish, in the close-ups, the waves show the ship is clearly at a stand-still. While the far away shots show the ship never stopped going forward.

Continuity
When the camera shows the atoll from the boat, it looks to be about half a mile to a mile distant. When the camera looks at the boat from shore, it's only 200 to 300 yards away.

Continuity
After a failed search for scrap metal the group decide to head in a direction they haven't searched yet, as they are walking a person in a green t-shirt cycles past in front of them, the atoll is meant to be deserted

Continuity
The shark's size is inconsistent from scene to scene.

Crew/Equipment Visible
In a couple scenes shot in the boat's cabin, the legs of the steadicam operator are visible reflected in a piece of glass facing the rear doorway.

Crew/Equipment Visible
During a short bird eye view of the atoll if you look up you can clearly see the helicopter propellers in the shot.

Errors in Geography
In some scenes you can see long strips of shoreline. The film was supposedly taking place next to a single atoll.

Errors in Geography
The atoll is not an atoll, it's an island despite the fact a character corrects another character on it being an atoll.
Trivia:
Originally they wanted the shark to have the second head connected to the forehead of the other. But Cleve Hall who built the shark thought it would look better if it was 2 separate heads. 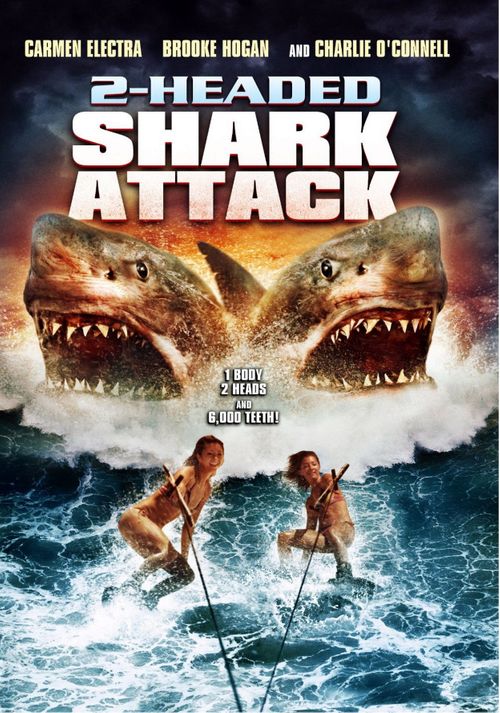 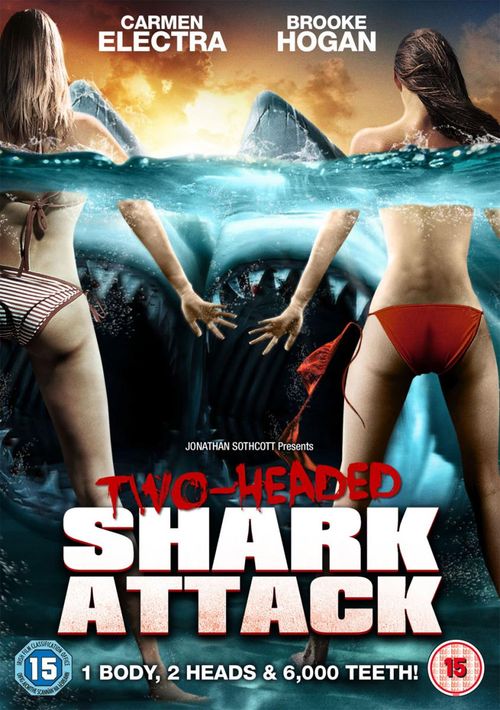